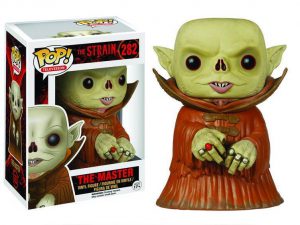 Funko has announced a new series of Pop figures based on the FX TV series, The Strain. For those unfamiliar, this is an awesome vampire show and includes the involvement of Guillermo del Toro (Hellboy, Pan’s Labyrinth, etc). This series will include The Master, Vaun, Abraham Sertrakian, and Dr. Ephraim Goodweather. […]