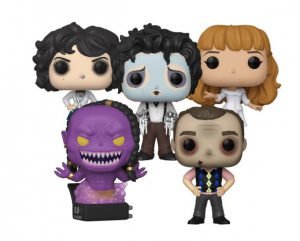 It’s the second day of Funko’s Funkoween in May and the frights are aplenty. The company unveiled two new collections today, including Pop! Zombieland and Pop! Edward Scissorhands. The Pop! Zombieland franchise receives five new Pop! Vinyl figures, featuring Tallahassee, Columbus and Wichita. But the cameo of this set is Bill Murray and his Short-Haired […]