Funko wants us to respect its authoritah with the latest addition to its Pop! South Park collection. Deputy Cartman is among eight new Pop! Television vinyl figures dedicated to Comedy Central’s sordid Colorado cow town. He joins his pal Kenny, who gets a normalized, non-dead (pre-dead?) version. Toolshed and the Human Kite join the superhero […]

Read More… from Meet Some Pop! South Park Friends Of Mine 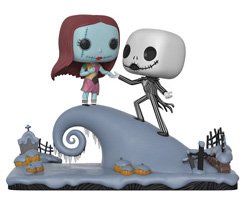 Class is back in session with Funko’s latest addition to its Pop! Riverdale collection. Reggie Mantle and Kevin Keller (Hot Topic exclusive) are the new kids in school as part of six new Pop! Television vinyl figures dedicated to the CW Network series. They matriculate with new Dream Sequence versions of Archie Andrews and Jughead […] 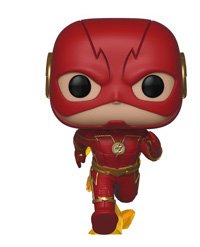 Funko is speeding back into the Pop! The Flash franchise once again, this time paying homage to the popular CW television program dedicated to the DC Comics hero. The Flash (Running) teams up with Jay Garrick, Vibe and Kid Flash — the latter two whom make their Funko debut — to form a power quartet of […]

Read More… from Pop! The Flash Zips Back Into The Funko Family