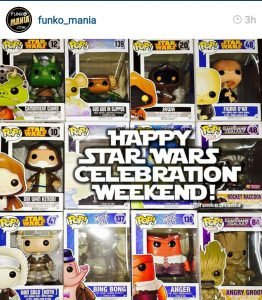 The below image was posted on funkomania’s Instagram page and it gives us a look at some more upcoming Pop! Vinyl figures. We get a climpse of Han Solo (Hoth), Figrin D’an, Angry Groot and also a new character from the Disney movie, Inside Out – Bing Bong. The pictured Bing Bong also appears to be […] 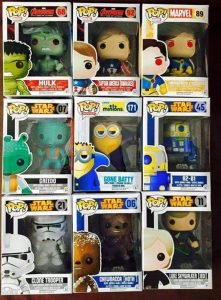 An interesting pic has popped up at Funko Collectors Anonymous, showcasing some upcoming and even yet-to-be announced Pops! Shown are the Gamestop exclusive Hoth Chewbacca and R2-B1, the Vault Editions of Jedi Luke Skywalker, Greedo and Clone Trooper, unmasked versions of Captain America and Cyclops, and even a new figure from the Minions movie. […] 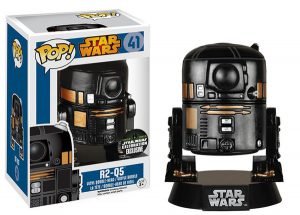 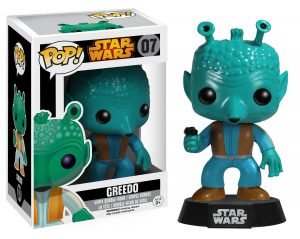 Once Funko announced that some Star Wars Pops would see rerelease to commemorate the new movie installment later this year, fans have been wondering if the ultra hard to find Greedo would be released. We now know that this is a reality, as Funko has released a promo pic with the new Vault Edition packaging. […] 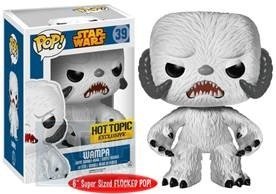 There will be a few new Hot Topic exclusives hitting stores over the next month or so! First up we have the flocked Wampa from Star Wars! You can also expect to see another clear Predator (this time with green blood splatter – which you can’t really see in this image) Goliath, from the video […] 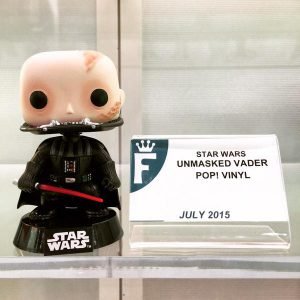 Funko are showing off their Unmasked Vader Pop at Toy Fair! Check it out below! While we will keep you as updated as possible with the events of Toy Fair, please remember we won’t be adding anything to the guide until glams are released by Funko. (Most of what we will see will be concept […] 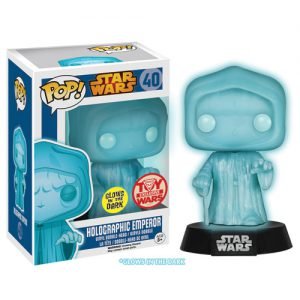 Thanks to poppinoffaboutfunko’s Instagram, we now know that the Holographic Emperor will be a Toy Wars exclusive in North America and should be up for pre-order on Friday morning. Check it out below. (Just click the image if you want to add it to your want list.)     […]