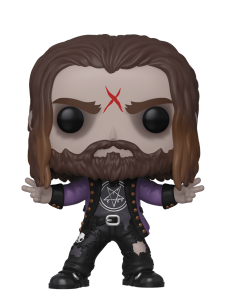 Funko fires up the mosh pit with the highly-anticipated introduction of Pop! Rob Zombie. The former White Zombie frontman and horror film director has inspired his share of Pop! vinyl figures, most notably Captain Spaulding from Zombie’s directorial debut “House of 1,000 Corpses.” The Pop! Rocks version of Pop! Rob Zombie won’t take the stage until […]