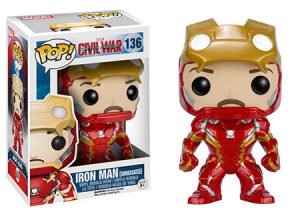 The hunt for vinyl figures has evolved with Funko’s new Pop! Predator collection. The Fugitive Predator makes its cinematic and Pop! Movies debut this September. The unforgiving alien takes on a Mask-less Chase version as well as a Black Chrome FYE exclusive. Also new to the Predator universe is the Predator Hound, which also arrives in three forms, […]

Read More… from Funko Slips On Its Pop! Predator Mask