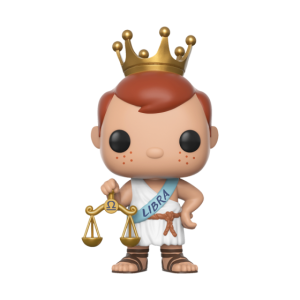 It’s Wednesday, and that means a new item is up on the Funko Shop. This week’s item is from the Pop Zodiac line, Libra Freddy Funko. Get your Libra Freddy here before they are gone! […] 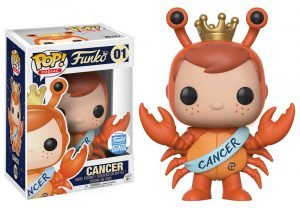 Do you collect Pops? Do you believe the alignment of the stars on the day you were born influences your traits and personality? Then today’s announcement is for you! Funko has announced Cancer Freddy Funko, the first in a series of Pops based on the signs of the Zodiac. One can assume we’ll see a […] 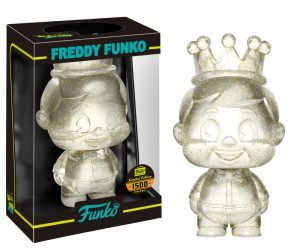 A new item has popped up on Funko Shop today, looking very similar to one that was recently announced. This week’s item is the Gold Glitter Freddy Funko Mini Hikari. Like the other Mini Freddys, this is $15 and limited to 1500 pieces. […] 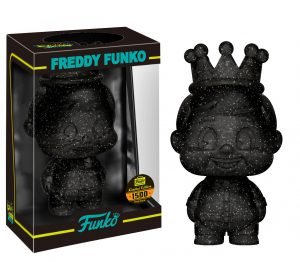 A new item has appeared at Funko-Shop.com today in the form of the Black Glitter Freddy Funko Mini Hikari. This piece is limited to a production run of only 1500 and will set you back $15.00. […] 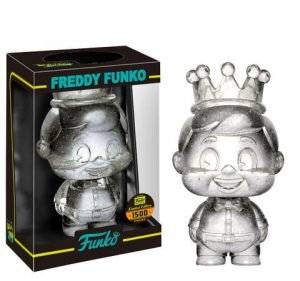 Funko-shop surprised everyone with a release today as part of Freddy’s Birthday Month. Limited to 1,500 pieces is the Mini Hikari: Clear Glitter Freddy Funko. He’s $15 plus shipping, so hurry over to Funko-Shop and get him before he’s gone!   […]

Freddy makes his Pint Size Heroes debut in this amazing 5-pack set! Classic Freddy in his white button-up and blue bow tie are joined by Ice Cream Freddy, Clown Freddy, Knight Freddy, and Superhero Freddy! The Freddy Funko Pint Size Heroes 5-pack is a Funko-Shop.com exclusive and is a limited edition of 5,000 pieces. […] 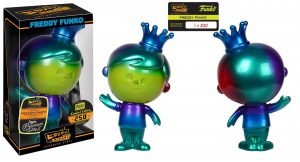 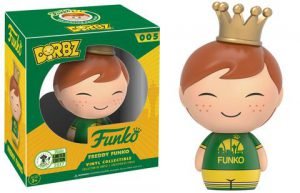 Wave two of Funko’s Emerald City Comic Con exclusives have been revealed. While the theme for these exclusives is usually heavily green, it’s a little less so with this wave. […] 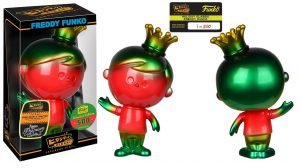 We all knew we couldn’t escape Funko’s 12 Days of Christmas without a Hikari, right? So here it is, the Holiday Classic Freddy Funko Hikari. Freddy is $50 and limited to 500 pieces. […] 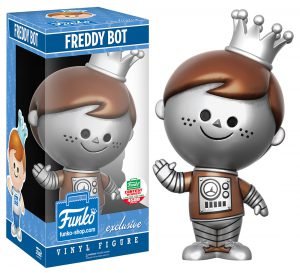 We’re half way done with Funko’s 12 days of Christmas! It’s day six, and today’s announcement is the Retro Freddy Bot 6″ Vinyl Figure. From Funko, “Back in August, we asked fans to vote on their favorite Freddy that had been customized by various Funko artists and staff members – and here’s the winner! Freddy […]