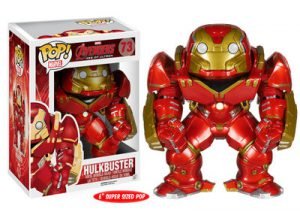 I hope you aren’t sick of Avengers news because Funko will be releasing a 6-inch Hulkbuster Pop! figure to accompany the Age of Ultron movie coming out in a few months. No official release date news yet, but we can take an educated guess that it will be released with the other Avengers products announced […]