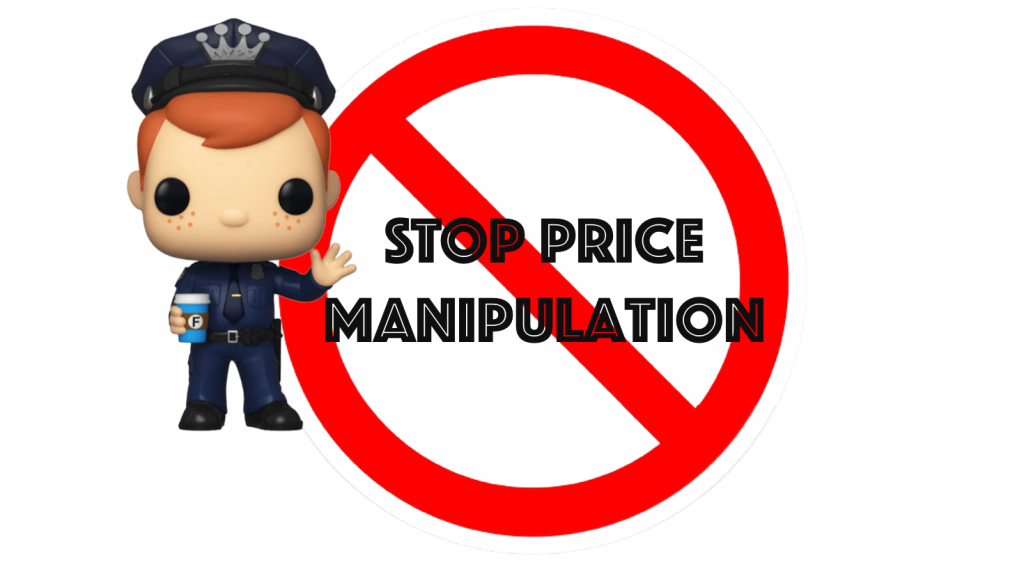 We love our Squad Members and as we all know, hobbyDB and PPG could never be done without them. Over the years, there have been more than 2,500 great people that have helped get us to where we are. These folks live all around the world, and I’m thankful that quite a few of them have become friends. Many of them are also shareholders and I see myself working for them.

I’m pleased to say that over the years, only 8 Squad members have not been “friend” material. Some because they were not willing to follow the rules that the Squad agreed on (even after having repeatedly asked), others because they got caught manipulating prices in order to make profits. Every one of them has left in shame and was generally not heard from again (and that is why we did not post about them).

But of course, there is always a first! While we like to keep our community a positive one, we thought it was important to also be transparent with everyone and share what has happened with our most recent volunteer who had to be removed.

Patrick “Pat” Aquino is a former Volunteer Squad member who collects anime-related Pops and used to be a Contributor and Creator on the Squad. He had a history of being extremely negative in the Squad group, with loud complaints about things he disagreed with even when the matter had been settled. He also frequently made unfounded accusations of price manipulation when legitimate Price Points raised the value of an Anime Pop (and we had quite a lot of that recently as Funko prices are trending up strongly this year).

In the end, he was doing more harm than good to the Squad, so for the benefit of all of our Volunteers, we decided to kick him out. Sadly, after being removed from the Squad, he started to spread his accusations and false claims all across Facebook and Reddit. Now he claims to be a Whistleblower on price manipulations, which is obviously the furthest thing to the truth.

Somehow his statements on various Social Media just do not add up, here are some of his many recent ones  – 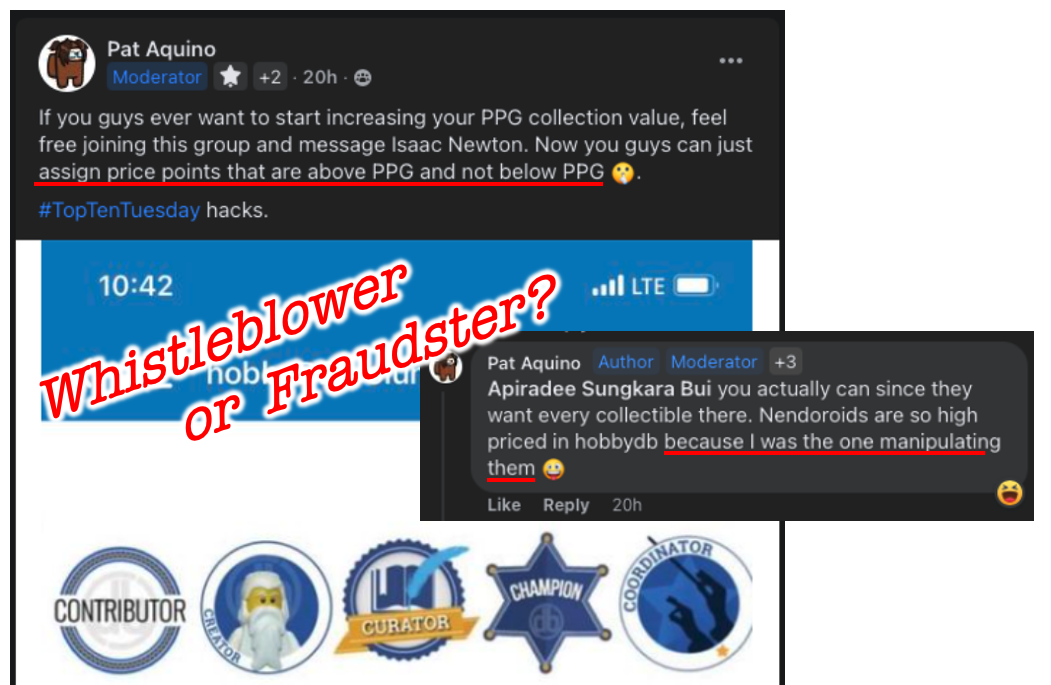 Luckily we have a number of systems in place to identify what he was doing in terms of rampant price manipulation and we were able to quickly kick him out. Our systems work best when we have many Squad Members (for example Funko) and less so where we do not (we could use help cleaning up Nenderoids on hobbyDB now). Keep in mind that if you join the Squad with the same intent to manipulate, you will be removed and we will tell the community about you.

Thanks to the fantastic 99.7% of our Volunteers and we love working for you. We really couldn’t do it without you.

Christian (after talking to the team)

9 thoughts on “Price Manipulators Not Welcome Here (and yes, we are calling them out by name!)”