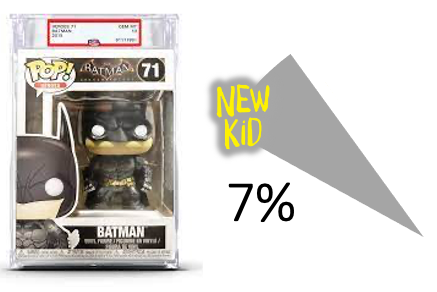 Funko was founded 24 years ago, in 1998 and for the first 12 years, it made mostly Bobble-heads. The Era of the POP started only in 2010 and while there were immediately collectors for both loose and boxed items, boxed was always the lion’s share (no doubt helped by the standard box size the company uses almost always). Prototypes followed, helped a lot by the company’s annual Funday where a lot of them were given out. Customs followed as the company was not rolling out Fandoms fast enough (even if they did it faster than anybody else). 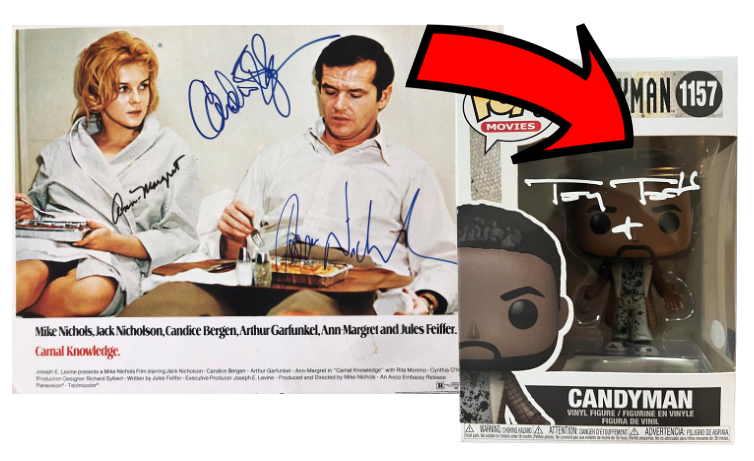 And Autographed replaced the Lobbycard as the best way of getting autographs.  They were also more versatile as they also work for sports stars, magicians, politicians, and anybody else somebody’s signature is desirable.

And now we have Graded Funko POPS, initially, only PSA and only for autographed items (and only verifying the signature) new companies joined (first the VVGS, followed a year or so later by PGS). Now PSA has started to grade all single POPs and CGC is staffing up to do the same. It is only a question of time until they offer to grade for 6 Inch, Double Packs, and some other Funko sizes.  That raises a ton of questions.  How will we at PPG measure values (see our post from yesterday)? And how much of the market will become graded POPs?

We learned from other segments such as Comics and Trading Cards that it is really only worth grading collectibles that will come back with high Grades, say 9s and 10s.  For very early or rare items lower Grades will also work. Most POPs in collectors’ hands were never played with (say different to early Hot Wheels), so a high percentage could potentially be graded that high, maybe 10% a 9 and 1% a 10?  We heard early reports of only 0.35% making it to a 10 but that is on a super small sample size. 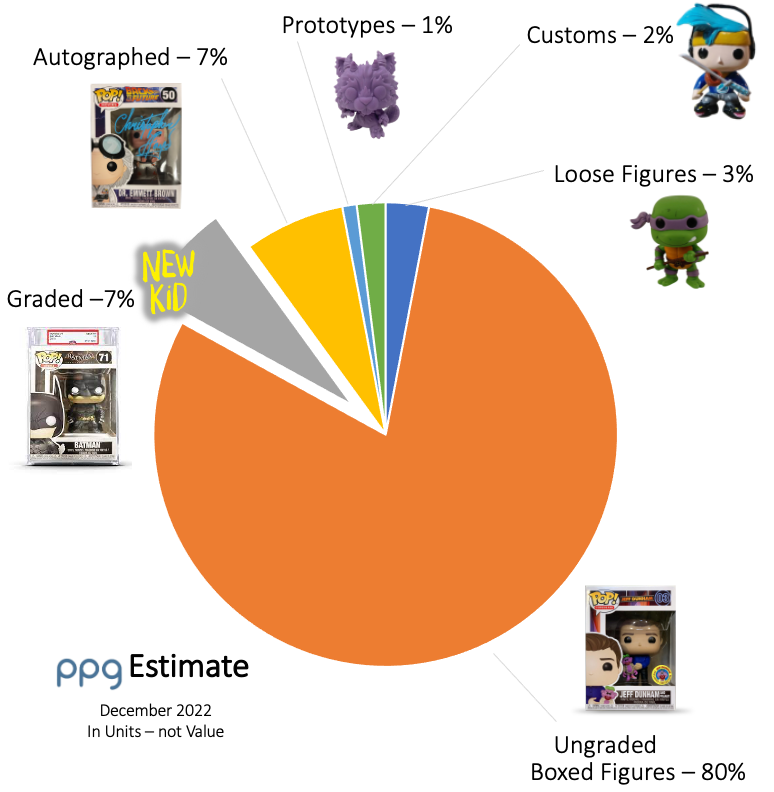 Please note that this chart represents units, not value.  Graded items will naturally become a much larger percentage of the value of all POPs out there.  We already see an influx of collectors and money from sneakers, comics, trading cards, and NFTs to POPs and many of those are very familiar with Grading. We forecast the current trend of ungraded high-quality, low-production-run Funko POPs to rapidly increase in value to last for maybe another 8-12 months.  Further, we believe that there will be a specialist emerging for grading Prototypes – here the grade will not be so important but authentication will be! While it is hard to verify the authenticity of a production POP in its box it is sooo much harder to do this for a Proto (some collectors only buy Protos where all owners from Day 1 are known).

And now we love to hear your thoughts!

Do you hate all of that (it will make it harder to buy certain rare POPs)? Do you think this is great? Do you disagree with our theories?

Please tell us in the comments.

2 thoughts on “Grading & The Future of POP Collecting”