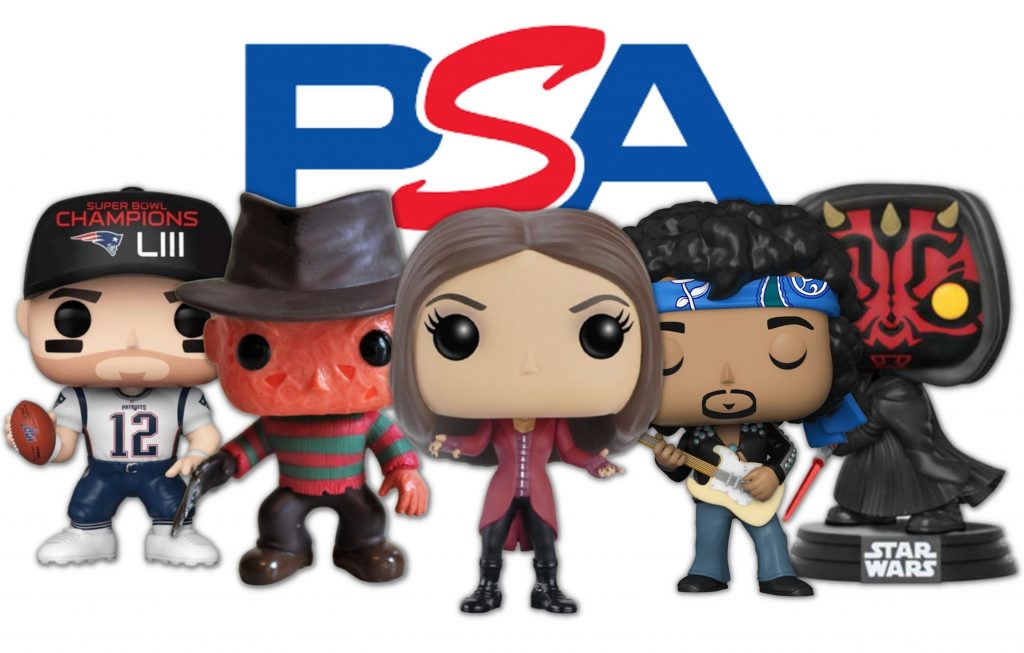 Getting into Grading Services was not a decision we took lightly. We surveyed 1,000 Pop Price Guide Members in September and the response was overwhelmingly in favor of adding Grading to PPG and its partner site hobbyDB.

We’ve witnessed an explosion of interest recently regarding Prototypes, Customs and, especially, Autographs, of which you’ll now find more than three thousand on Pop Price Guide and hobbyDB.

Read more about the survey here and see below how you can win a PSA Graded Funko Pop!

It’s clear that items such as Autographs and Customs, combined with Authentication and Encapsulation are on the rise in popularity and are a big part of the future of collecting.

All of which we believe will contribute to the rise and importance of grading services.

But which to trust? After extensive research and interviews, we’re excited to announce a new affiliation with PSA, the world’s largest third-party authentication company.

When it comes to grading, we’d rate our new partnership with Professional Sports Authenticator (PSA) a GEM-MT 10.

Especially as PSA enters the world of grading Funko items!

David Hall, owner of Professional Coin Grading Service (PCGS), founded PSA in 1991 and saw the company flourish as a leader in the early dot.com days as trust among sellers at card shows began to wane.

Since then, PSA has become an authority when it comes to grading cards, sport memorabilia and lots more. Here’s an example of what a PSA Graded Funko Pop! will look like –

PSA provides your Pop! with five layers of services from Authentication, Grading and Security, to Preservation and Presentation.

Grading works the same as it does with PSA’s trading card evaluation, which has become the industry standard. That means your Pop! is graded on a numerical scale ranging from 1 (Poor) to 10 (Gem Mint) using 0.5 intervals.

Read more about the process here!

You’ll begin seeing lots more PSA links across Pop Price Guide with great opportunities to have your grails, and more, professionally graded by a source we trust.

And stay tuned! We’ll be sharing lots of informative and fun stuff from the world of grading Funko items and beyond, especially when comes to the impact it has on the value of your collection.

Already have a PSA Graded Funko Pop! or are planning to? Easily add it to your PPG Collection. Follow this link to see how.

To celebrate our new partnership, we’re looking to have some fun with a PSA Graded Funko Pop! Giveaway.

We have five great PSA Graded Funko Pop! figures to hand out. But first we’d like your thoughts. 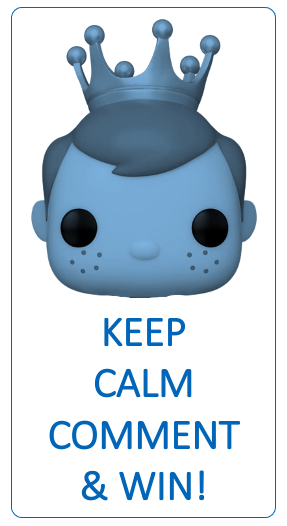 Leave a comment below before Friday (Nov. 11) at 5 p.m. PST, telling us which of your Funko Pop!s that you would like to have graded and why.

Then tell us which Pop! from the list below that you’d love to win. Make sure to include your PPG Member Name in the comment to be eligible. Our team will select five winners at random.

Special thanks goes out to the team at PSA, including Angel, Mike, Ryan and Shree!

What are your thoughts on grading your Funko Pop!s and our new affiliation with PSA? What is something you’d like to see us explore in the future? Let us know what you think by commenting below or messaging us at team@poppriceguide.com.

NOTE: The Winners have now been announced here.