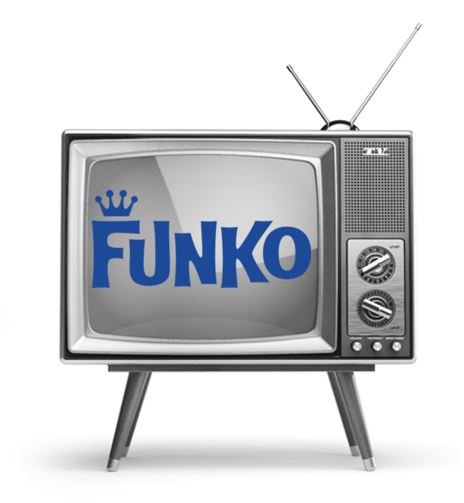 Since the Wacky Wobbler days, the passion for Funko vinyl figures has created a huge obsession among pop culture enthusiasts and collectors worldwide, going from a once a small company to a billion-dollar toy giant these days.

Over the years, the company from Everett, Wash., presented us a relevant number of nostalgia-themed figures in different lines, with FunkoVision being one of those series that allows us to relieve some iconic cartoon moments of our recent past. 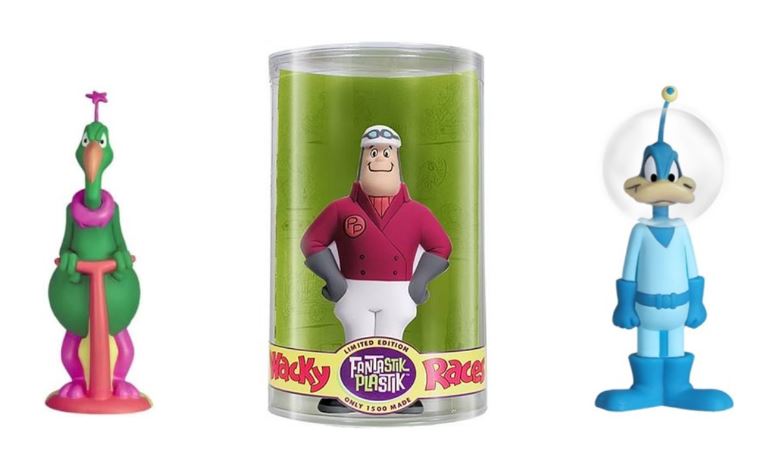 There are similarities in shape and scale between FunkoVision and the previous series from 2006, Fantastik Plastik, the first line of static vinyl figures launched by Funko. Found among them were Wacky Races (Hanna-Barbera) and Duck Dodgers (Warner Bros.) characters.

Those limited-edition figures were released in their own individual circular plastic packaging. For those who are interested in curious facts, the first series to come out under Brian Mariotti era was Fantastik Plastik. As expected, Mr. Mariotti’s leadership brought new lines of products, trying to connect those projects with a new audience of collectors.

FunkoVision, which was produced for a short term in 2007, featured vinyl figure sets, ranging them in a scale from 5 to 7-inches, from classic Television cartoons, such as Betty Boop, Peanuts, Lippy the Lion, Scooby-Doo, Bugs Bunny, and The Flintstones among others. The singularity and main characteristic of FunkoVision is on its packaging, where the figures are placed inside their own and personalized retro Televisions.

A surprising fact is that all the FunkoVision sets are limited editions, and of course, we also find another peculiar thing, having two sets that included bobble heads instead those static figures, the Yogi Bear & Huckleberry Hound pack limited to 480 pieces and made exclusively for Gemini Collectibles, and the Snoopy & Woodstock set limited to 175 pieces, being the most exclusive of all of them.

It is very difficult to choose among those Television sets. All of them are amazing, however, I want to highlight the two-pack with Yosemite Sam as the Black Knight with Fire Breathing Dragon, from the 1958 Warner Bros Looney Toons short, “Knighty Knight Bugs,” which is the only Bugs Bunny cartoon to win the Academy Award for Best Animated short film. This amazing set is limited to 1,000 pieces.

As usual, such as other Funko lines, a few of them were canceled, such as Scooby-Doo & Witch Doctor, and the Gruesomes sets. However, Funko decided to launch them as a part of the Cartoon Classic series, keeping the same shape and scale as FunkoVision – only changing the packaging.

The Cartoon Classic series only were produced during 2008. In the edition of San Diego Comic Con of that year we could find some treasures based on the original FunkoVision figures. Remarkable are the limited editions of Fred Flintstone & Barney Rubble pack, having four different Techni-color versions, limited three of them to 48 pieces and the other one to 240 pieces.

Among the 2008 SDCC exclusives, the Gossamer & Evil Scientist sets showed us another interesting detail, besides the traditional Con sticker, all the boxes were printed with the text “Comic Con 2008 Special Edition!” on the top and back sides.

Although that line was also another hit, in my humble opinion, the new sets lost part of the essence of FunkoVision because of the new packaging. However, I have always considered both series a must-have for Funatics around the World.

FunkoVision, such as Fantastik Plastik and Cartoon Classic series allow us to travel to our childhood, bringing classic characters and epic moments of our favorite cartoons to our shelves. So, we must be faster to hunt those figures and sets before it would be an impossible mission to find them.

Only time will tell if Funko decides to surprise us again with amazing series like those. At the end, a new era has begun the present year, under the management of the new Funko’s CEO, Andrew Perlmutter. Maybe next year, when Funko is going to mark its 25th anniversary, a new shocking series will be launched to remind us of many sweet memories of our visual history.

Until then and paraphrasing the legendary Porky Pig “Th-Th that’s all folks!”

I hope you find this information helpful. Have an excellent week. Let me know if you’d like to know more in the comment below and keep on Popping!