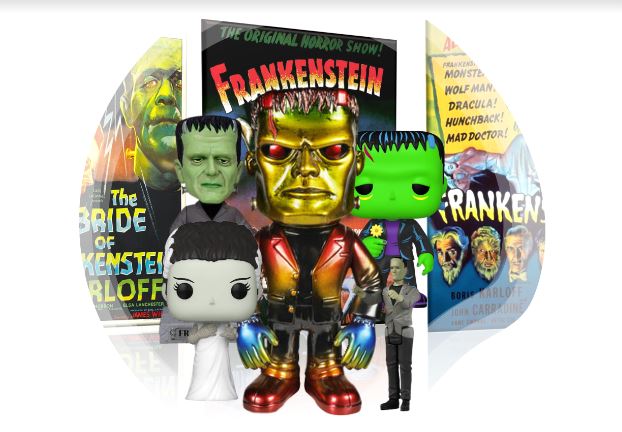 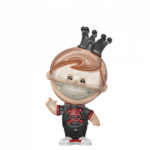 Halloween is round the corner, and it is not difficult to think that some people disguise themselves as Frankenstein. This iconic character was born from the imagination of Mary Shelley during the summer of 1816 on the banks of Geneva Lake, Switzerland, where the eternal Lord Byron challenged his friends that they each write a ghost story. That short story became the novel, The Modern Prometheus or Frankenstein, having a relevant culture impact in the years to come.

In the early days of cinema, the jump to the Big Screen came swiftly. After the success of Dracula, Universal Studios developed new projects focusing on classic horror literature characters, including Frankenstein. Portrayed by Boris Karloff and directed by James Whale, this horror masterpiece has been an influential film generation after generation since its premiere in 1931. 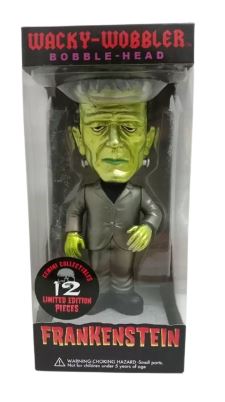 The Universal Classic Monsters have always been connected to the toy industry, so, it is normal that Funko couldn’t take its eyes off them too. We can track the origins of the Creature in Funko’s laboratory in 2011, when the very first Wacky-Wobblers based on this character were released. 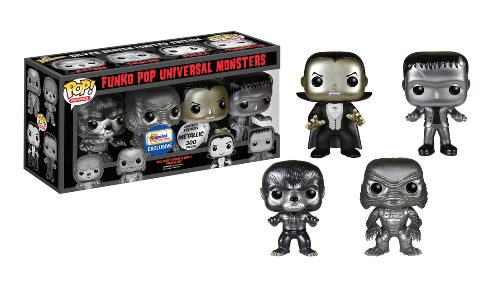 Finding among those bobble heads two of the most exclusive figures ever made and limited to 12 pieces each, Frankenstein (Metallic) and the Silver Screen Monsters (4-Pack) (Metallic). Later was remade as Pop! Vinyl set, limited to 300 pieces, including its Black & White variant. All those incredible figures and sets were made exclusively to Gemini Collectibles. 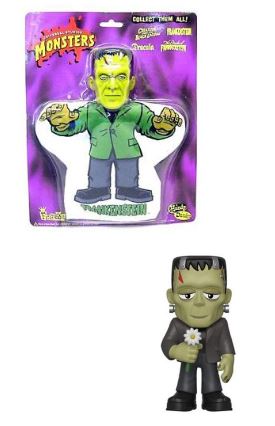 We even found it as a puppet from the lesser-known Handy Dandy series. Other highlights among them are the Haunted Crypt sets. Those Glow 3.75 inches action figure sets (blue and green versions) were produced as Reaction Figures, as part of the co-branding between Funko and Super 7. Some of our favorite Universal Monsters were displayed in an afterlife packaging, that remind me in a way the essence of the Aurora model kits. 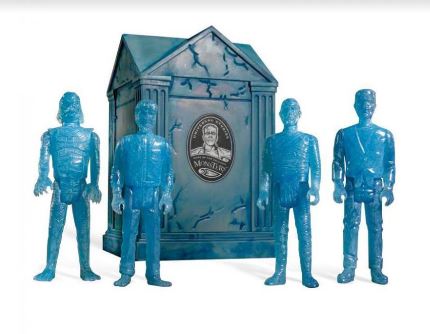 Our beloved Freddy Funko was launched as Frankenstein’s Pop! Vinyl figure as well. The very first edition was from common and the glow versions, limited to 350 and 24 pieces respectively. The second release was Franken Freddy as a Funko Shop exclusive in 2020. 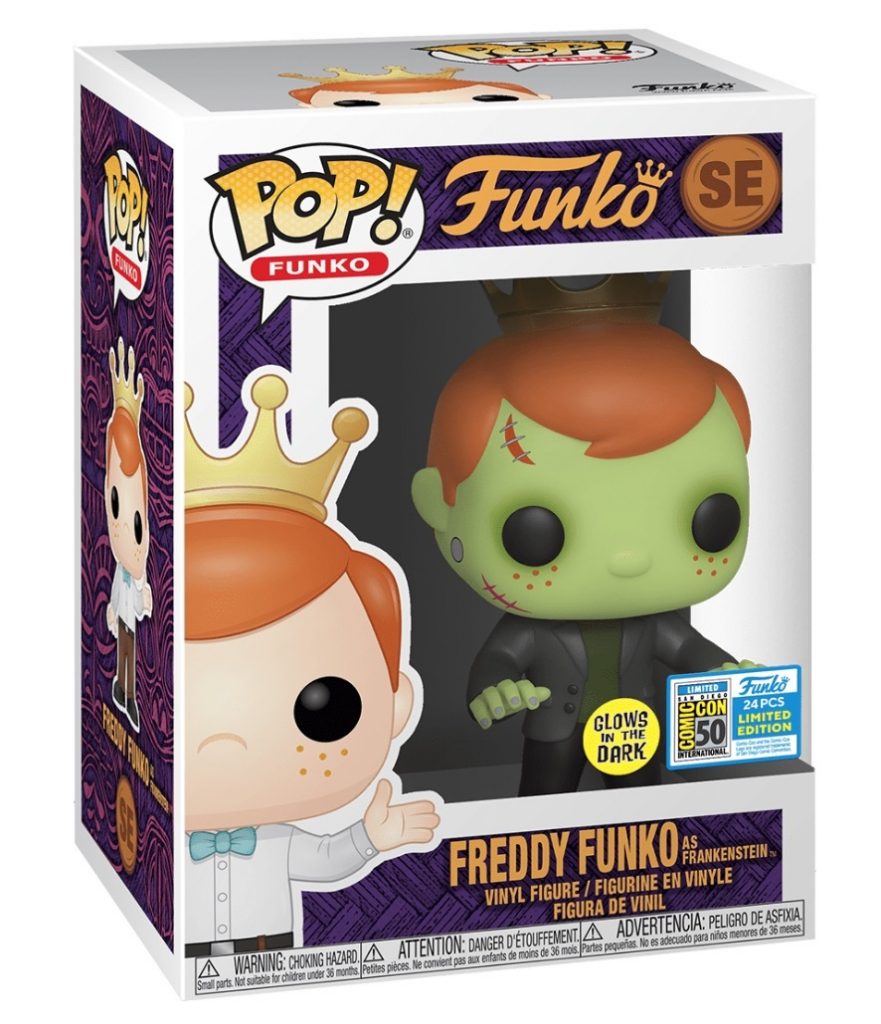 Another remarkable Pop! figure is Kirk Von Hammett characterized as the classic timeless monster, in my opinion a tribute for one the greatest collectors of Horror memorabilia at world-class level. This unique vinyl figure is limited to 1008 pieces. Karloff’s portrayal of Frankenstein’s Monster established the character as a cultural and legendary horror icon to the present day, being an important part of toy history too. It is fascinating to see the heritage of Frankenstein on Funko’s catalog through the years, so, it won’t be shocking to wait new releases and find more treasures in the years to come. In the end, believe it or not, “It’s alive” more than ever.

I hope you find this information helpful. Have an excellent week. Let me know if you’d like to know more in the comments below and have a nice Halloween!