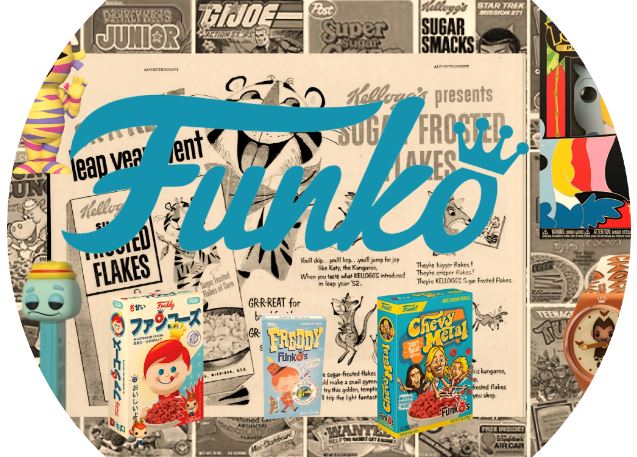 hobbyDB super user Javier Serrano, aka Fjaviserr gets our day started right with a look at Funko’s history of Cereal Mascots. Read more of his wonderful guest posts here!

The revolution created by Will Keith and John Harvey Kellogg with Corn Flakes, not only had an impact on our nutritional habits, but over the years The Kellogg Company also changed the way to promote the food industry with the addition of the cereal mascots.

Since the birth of Kellogg’s Tony the Tiger in 1952, other companies such as General Mills and Quaker Oats, followed in the steps of the company from Battle Creek, Michigan, creating their own promotional icons, uniting all of them as an important part of pop culture.

The mascot fever was an immediate success in the child audience, not only for their colorful characters, but also because of the surprises inside the cereal boxes. It is hilarious to think, when we were kids, most of us chose the box not for the flavor, but just for the toy inside them. And maybe someone is still doing that today.

The passion for the licensing cereal industry on Funko’s catalog, which started in the Wacky Wobbler days, leaves us some must-have pieces from the most important related companies. It is difficult to choose among those bobble head treasures, but I want to highlight the crystal variants of Franken Berry, Count Chocula and Boo Berry, limited to 50 pieces each and made exclusively for Wild Bill’s Nostalgia. Remarkable are the 12-inch Wacky Wobbler Bobble-Banks based on these General Mills characters as well.

In 2002 and 2003, following with another pop culture tradition, the redeemable coupon of cereal boxes, Funko in a partnership with General Mills presented us a promotion in the boxes of Count Chocula, Franken Berry and Boo Berry, giving us the opportunity to get their respective Wacky Wobblers vinyl figures or an exclusive T-Shirt using that promotional action.

The charming “horror” trio of General Mills fired the starting signal as Pop! Vinyl figures in 2011, and in parallel our beloved Freddy Funko was presented as Count Chocula and Franken Berry at San Diego Comic Con the same year. The Metallic and the Glow in the Dark versions of both figures are among the most exclusive items Funko ever made and were limited to twelve pieces each. 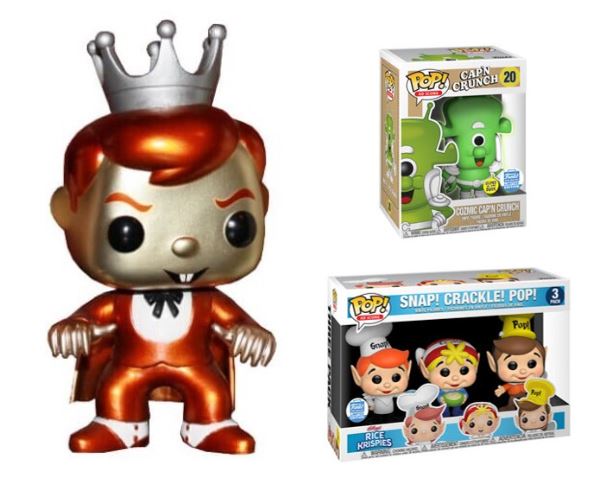 We must wait until 2017, when Funko pulls out all the stops releasing new Pop! vinyl figures that continue until today. Finding among them in different shapes and scales the amazing figures of Dig ‘Em Frog, Trix Rabbit, Tony the Tiger, Quisp, Quake, Cap’n Crunch, Jean LaFoote, Toucan Sam, Big Yella, Buzz, Lucky the Leprechaun…and my favorite the three pack with Snap! Crackle! and Pop! 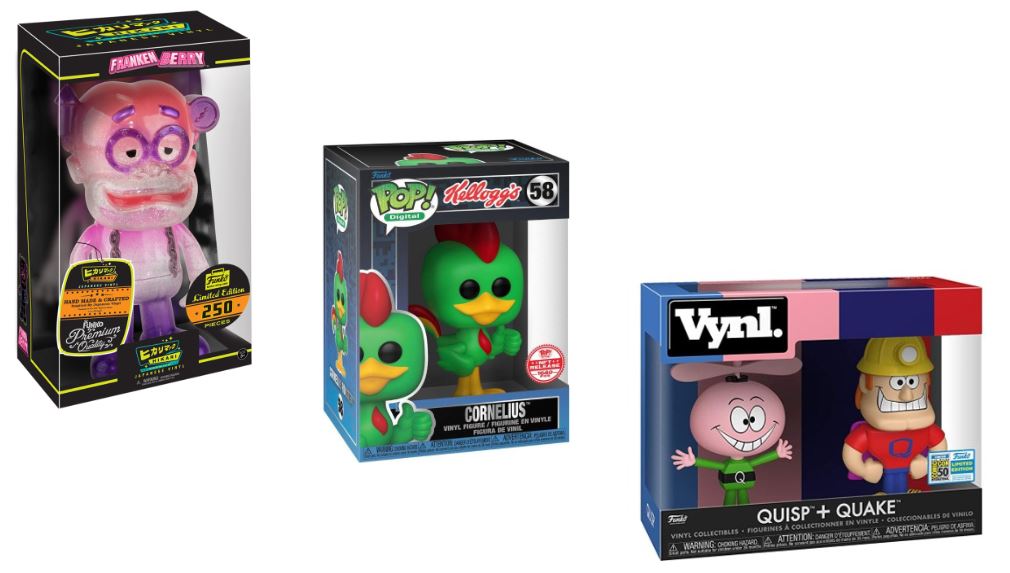 In 2018, the company from Everett, Washington, released the series FunkO’s, bringing together so many different characters though as cereal boxes, that include their Pocket Pop! versions inside them, such as Jason Voorhees, Scooby-Doo, Batman among the endless list of vinyl figures of this tasty series.

As usual in the world of Funko, there are a few exceptions, finding all of them at Designer Con 2018, where the surprises inside them were pins and stickers. Even Funko launched at that event the co-branding Be@rbrick FunkO’s boxes (Blue and Red), the only ones that include a different figure, a classic Medicom 100% Be@rbrick.

Recently, we saw new releases of more legendary icons in some of these series, being the later of this incredible and never-ending list Kaboom Cereal Clown on its Pop! vinyl version as exclusive to New York Comic Con 2022. 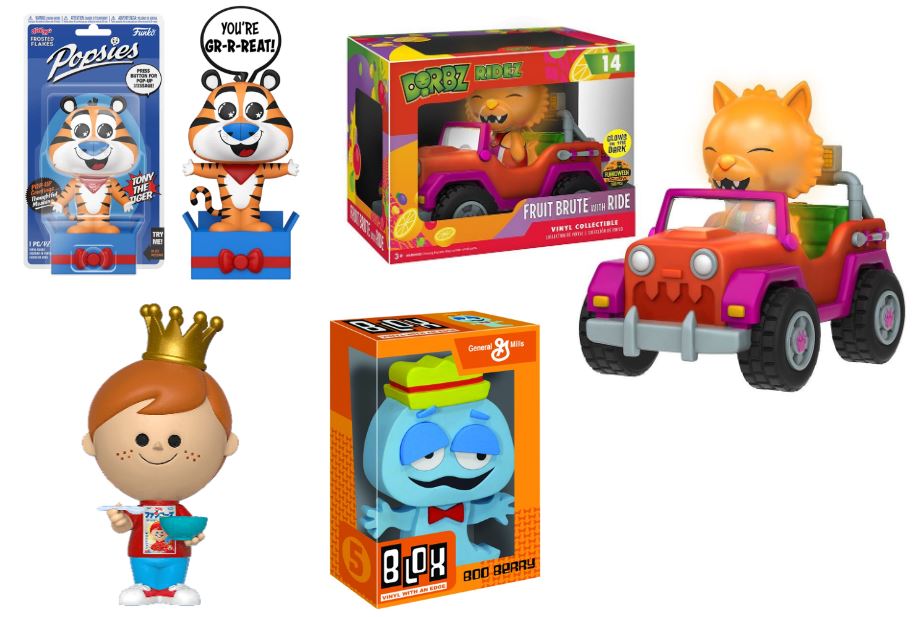 So, it won’t be a surprise seeing more of them in the short term, and maybe at one point we will see the missing and desired Freddy Funko (Pop! Vinyl version) as Boo Berry or the forgotten Kellogg’s characters Katy the Kangaroo, Elmo the Elephant, and Newt the Gnu. But one thing is sure, there’s always room to add a few more to our collections, isn’t there?

One thought on “Snap, Crackle and Pop! The History of Funko’s Cereal Icons”