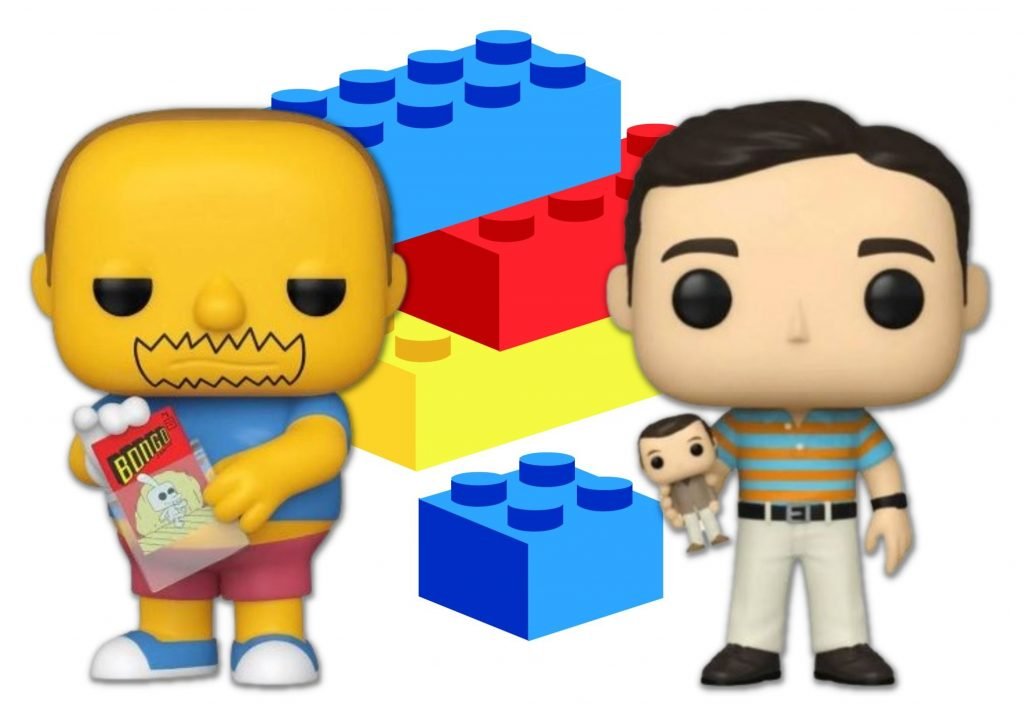 After being a collector for more than thirty years, the only thing I am clear about is that collecting is not a science. But we have some non-writing rules, keeping in mind one of the most important: condition is everything. It is a long path for which we have been developing different skills that improve our lifestyle and collections. And sometimes the Goddess of Fortune smiles us when we find treasures in the wild for peanuts. Those days are the best, you know what I mean.

One of the most relevant things that I have learned, besides the knowledge that people could have or the size of their collections, is that we need to be part of a community to share with others as an important role of our hobby. Not compulsory, but my thinking is that there is no space for lonely wolves, we need a pack. 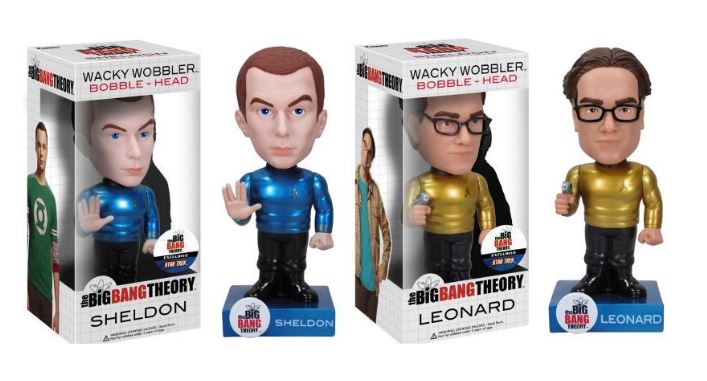 I am proud of being part of the hobby DB family, where I meet fellow collectors every day, and not necessarily Funko fans, and we can learn from each other. There is always space for the wisdom, the experience, and the daily effort of the supporting squad to help and improve this wonderful website. No matter that we collect; we research, trade, sale and buy on the same way. It is often curious that some of the people we know in this adventure become friends.

So, I was thinking how I could write an article to honor the collector community of hobby DB, and I thought as a Funatic, that the best way to share my words with all of you, and making sense of these lines, is with one of the curious things that I do, I collect the collectors. It is sounds weird, but it is simple, if we have a look through Funko’s catalog, we will find fictional characters and celebrities that have a Funko figure made after them, sharing the same passion for collectibles as we do, such as in fiction as in real life. Here they are some of my favorites.

Let’s start with the guys from The Bing Bang Theory. These geniuses will always have a spot in our hearts. Doctor Sheldon Cooper, Doctor Leonard Hofstadter, Doctor Rajesh Koothrappali and Mister Howard Wolowitz are avid collectors, obsessed with any item of pop culture. We find them as Wacky Wobblers, Mystery Minis and Pop! figures. In my humble opinion, I recommend you those in which they are with their Star Trek uniforms, regardless of the type of vinyl series. Let’s not forget, Stuart David Bloom, the owner of The Comic Center of Pasadena. Funko presented this unique and strange collector as Pop! figure. 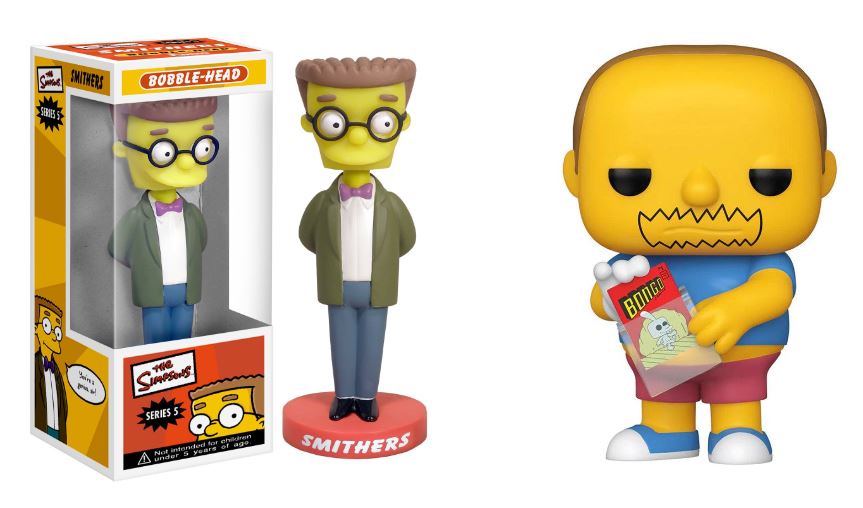 Following with one of the longest and beloved TV series ever made, The Simpsons, we discover a few more collectors among the Springfield inhabitants, like Waylon Smithers, Mr. Burns’ deeply devoted personal assistant, and Jeff Albertson, better known as Comic Book Guy.

Smithers, collects Malibu Stacy dolls, owning the largest collection in Matt Groening’s fictional world. He only was launched as Wacky Wobbler, but I guess we will see more items related to him as vinyl Funko figures in the short term. About the owner of The Android’s Dungeon and Baseball Card Shop, we found this sarcastic comic-obsessed character as Wacky Wobbler and Pop! figures. My favorite of all of them, is the bobble head edition from San Diego Comic 2006 limited to 480 pieces.

Jumping to the big screen, we found one of the funniest releases as Funko vinyl figure, Andy Stitzer from “The 40-Year-old Virgin (2005).” This expert in classic action figures from the 60’s and 70’s is presented as Pop! vinyl, highlighting Andy Stitzer #1064, common and chase version, holding Oscar Goldman and Steve Austin action figures, respectively. 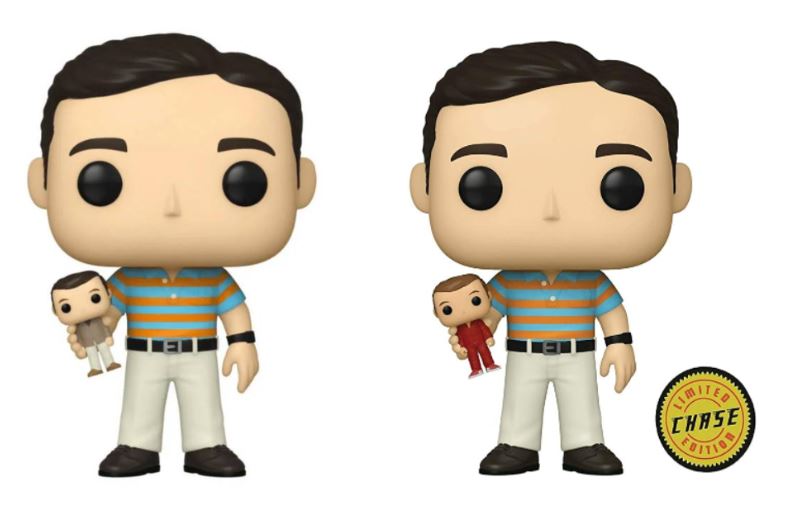 Leaving behind the fictional characters, now it is time to meet some celebrities, who are well-known in the collecting community, and in many cases, they are heavy-weight collectors, not just for the number of collectibles they have, just also for their knowledge. 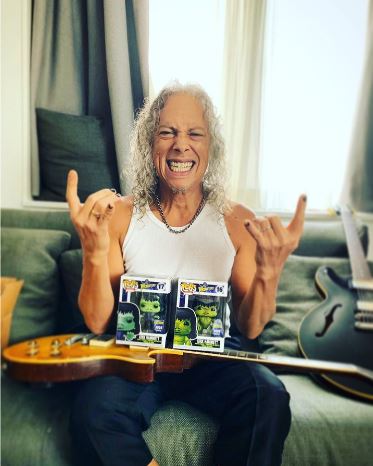 Introducing one my favorites, Kirk Von Hammet. The lead guitarist for heavy metal band Metallica, is one the greatest collectors of Horror memorabilia at world-class level. Another interesting fact is that he designs and produces his own collectibles under the brand KVH Toys. In the past KVH Toys had collaborations with other brands and distributors like MindStyle, Heroes in Action Toys, Toy Tokyo…

So, with Funko, besides the Metallica Pop! figure, we found two amazing items limited to 1008 pieces each, Kirk Hammet as Creature from the Black Lagoon (Pop! Icons#16) and as Frankenstein’s Monster (Pop! Icons#17), both exclusives to It’s Alive! Exhibition, that showed Classic Horror and Sci-Fi Art from the Kirk Von Hammett Collection and took place in the Royal Ontario Museum in 2019. 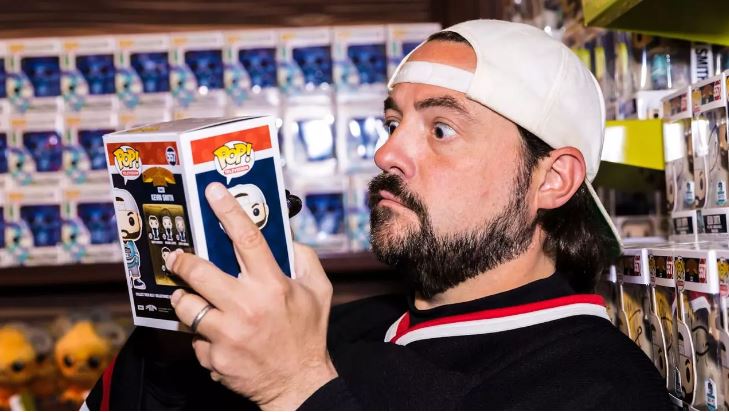 Besides being a filmmaker, comedian, comic book writer, actor, YouTuber, podcaster and managing his own comic store (Jay and Silent Bob’s Secret Stash), Kevin Smith is an enthusiastic collector with a vast knowledge in all related to comics. He has such a passion for it, that named his daughter Harley Quinn. There are some Pop!’s, but a must-have is the exclusive from Comikaze 2017 (L.A. Comic Con) wearing a FatMan tee.

Probably, without them, I won’t write this article. These gentlemen have made a revolution in the toy industry, and they are, Mike Becker and Brian Mariotti, the founder and the current CEO of Funko respectively. Both are intrepid and passionate fans of the pop culture, and maybe this is the secret about the success of Funko, a company founded and run by collectors. We found them as Pop! vinyl figures in the exclusive set from Fundays 2021. 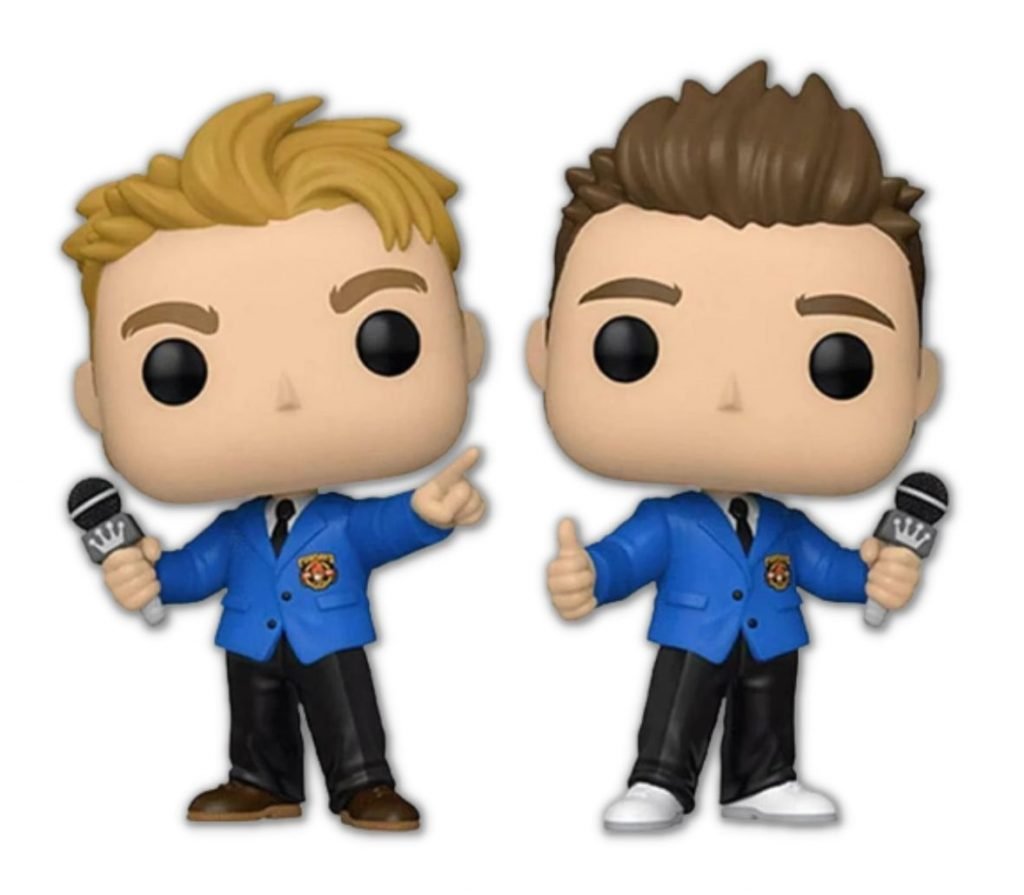 As expected, this tribute is for all of us, and of course, with a Funko touch. I know that several fellow collectors have been left by the wayside in this review and I am sure new ones will have emerged on Funko’s catalog. It has been my privilege to honor my community with this article, talking about collectors like us, but it is time to conclude my words.
Collecting is much more than buying things, is being part of a community as well, where we can share with other people and find our place as collectors, giving added value to our hobby.

Finally, I want to express my gratitude to the wonderful team behind the curtains of Hobby DB, who fight every single day to offer us the best collecting experience. Thanks to Alex, Chris, Christian, Isaac, and Zack for all the things you do.

I hope you find this information helpful. Have an excellent week and keep on collecting!