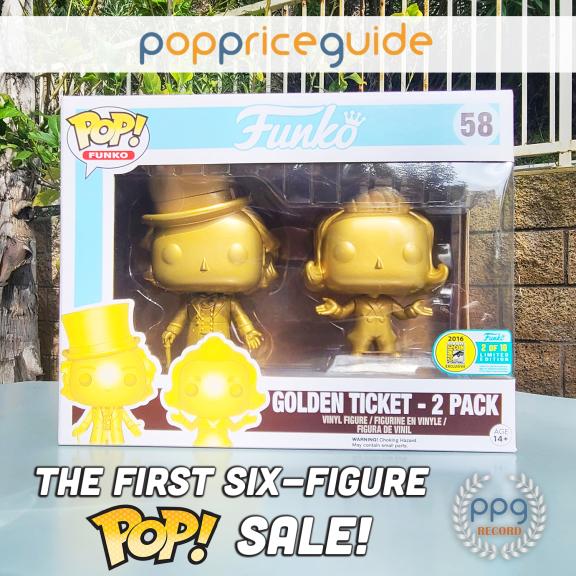 When it comes to collecting Funko Pop! figures, owning a Golden Ticket is something straight from a world of imagination.

That dream just became a reality for Pop Price Guide shareholder and contributor GrailMonster, who just purchased one of Funko’s holiest of grails.

And he does so in record-setting fashion with (what we believe) is the most ever paid for a Funko Pop! 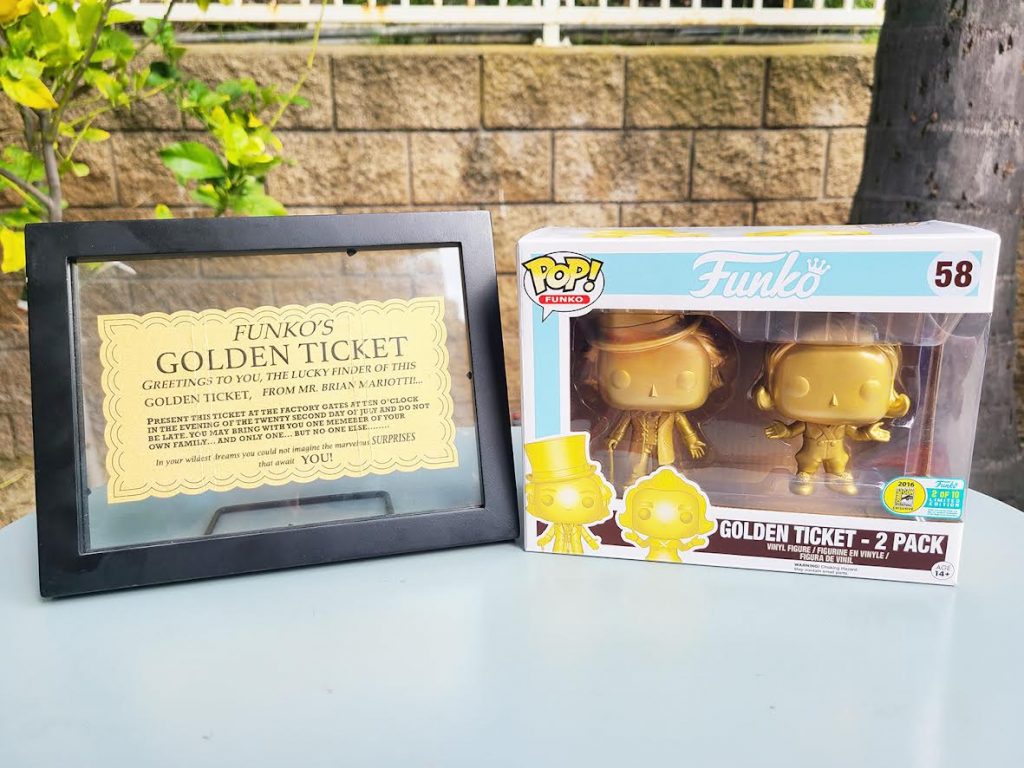 The epic deal went down on Thursday at Chalice Collectibles in Glendale, Calif., when GrailMonster purchased the ultra-rare Golden Ticket – 2 Pack from a private seller.

Watch the official video of the sale here –

This rare Funko Pop! features Willy Wonka and an Oompa-Loompa fashioned entirely in gold. Funko produced only 10 of them in 2016 and awarded the 2-pack solely to fans who discovered the elusive Golden Ticket at the 2016 San Diego Comic Con.

Read more about the Golden Ticket and Funko’s history of Willy Wonka collectibles by following this link. 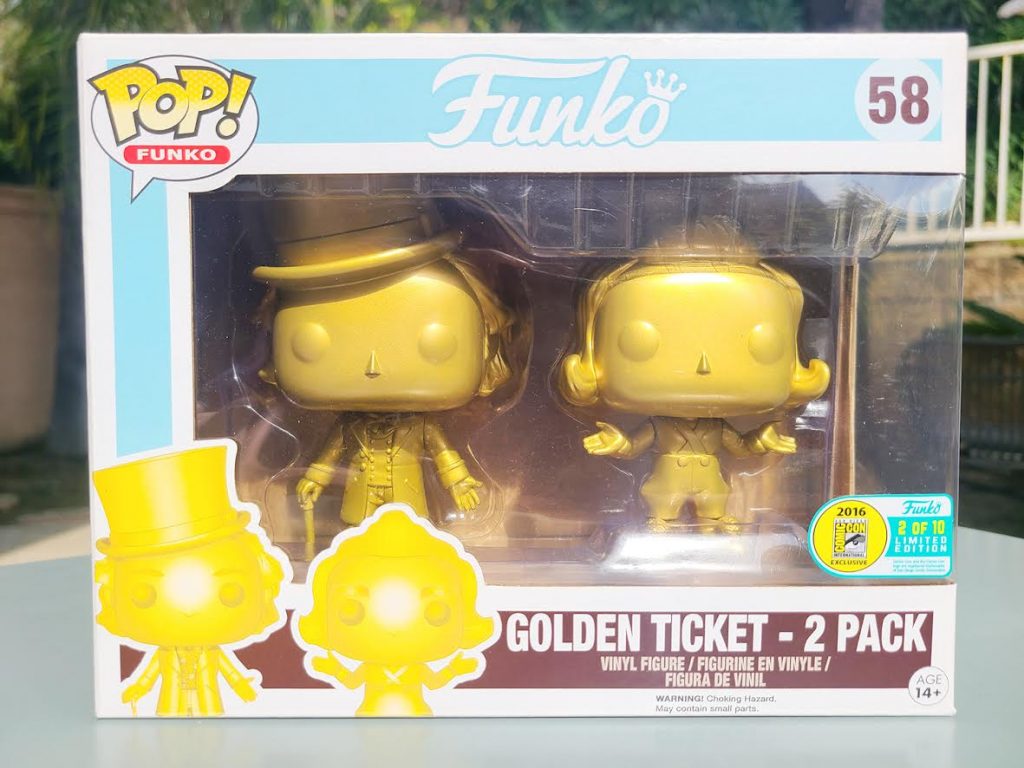 Funko was founded in 1998 and quickly gained a strong footing in the annual $500 billion FanMerch market. In recent years, interest in older Funko items and limited runs (500 pieces or fewer) have increased with some sales reaching upward of $30,000.

Documenting prices on some of the rarer and higher-end sales on Pop Price Guide can be arduous, given that many of these sales happen in the private sector and not on the likes of eBay, Mercari, etc. This can lead to out-of-date estimated values.

Read more about the project to better document collectibles with limited runs (1 to 108) and higher estimated values ($1,000 and up), including the methods by which we document and authenticate them by following this link. 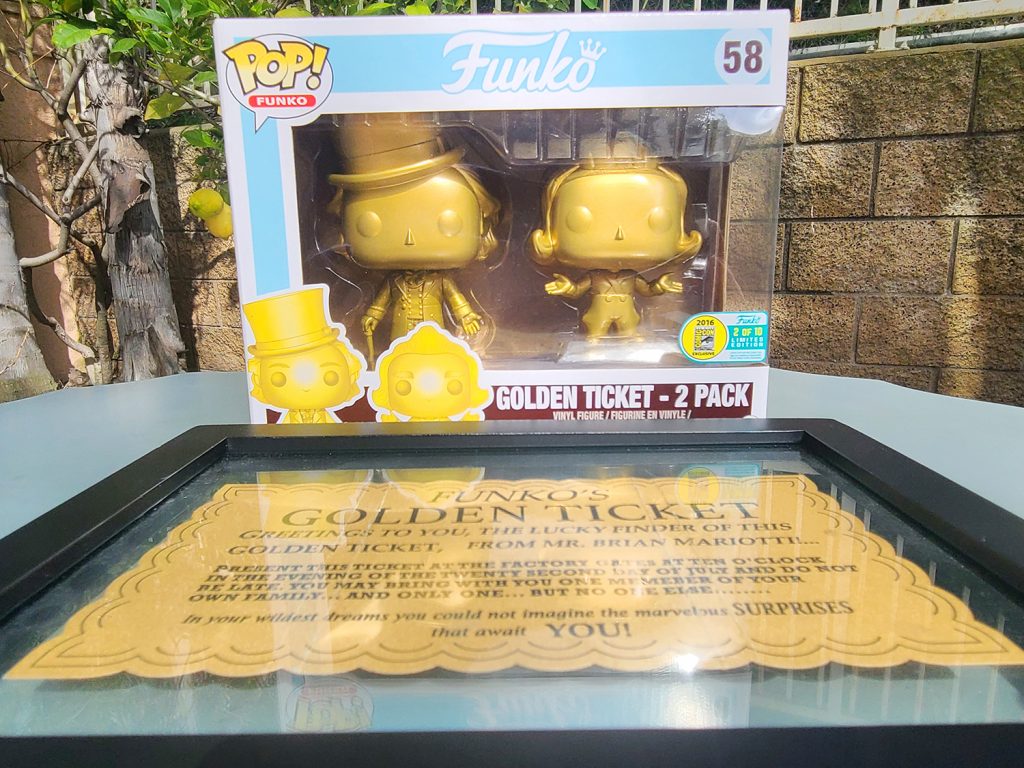