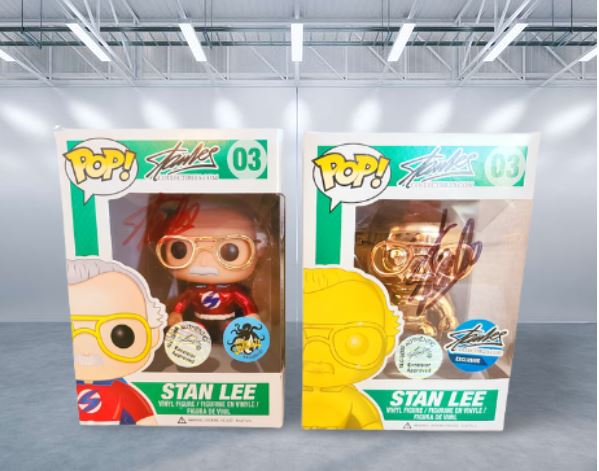 There are grails and then there are holy grails. Funko super fan and PPG member GrailMonster shares with us his recent mission to collect all three of the ultra rare metallic Stan Lee exclusives.

In the summer of 2020, the pandemic was raging, but my marketing company was booming — I was one of the lucky ones. With some extra cash in my pocket, I found myself looking for opportunities to quench my thirst for volatile financial endeavors. Unfortunately, not all proved successful. By the fall of 2020, after dabbling in crypto and other fairly unstable investments, I began to desire something more secure and consistent.

Over lunch one afternoon, a friend recommended I check out a little-known (to me) bobblehead company. “Funko Inc. is a great company to invest in. They’re hip and cool, and the collectible industry will skyrocket throughout the pandemic!” he explained. After researching the firm and their financials, I found myself gravitating more towards the figures themselves. 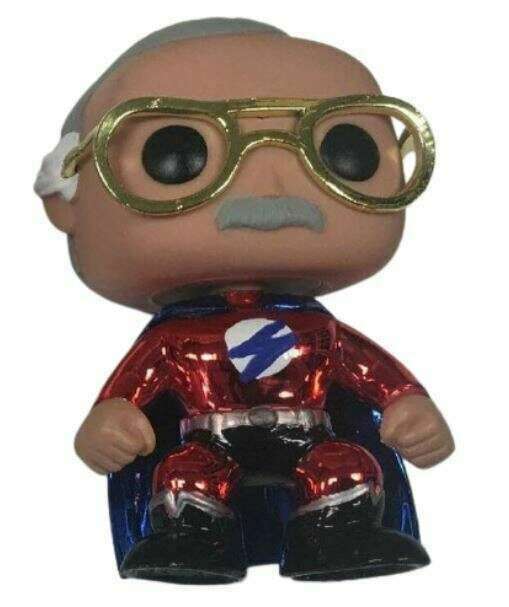 Upon browsing through Funko’s full product line, what really captured my attention were the rare Pops!, or “grails” as they’re referred to by collectors due to their highly valued status. I started asking myself, “Is it more worthwhile to invest in grails than to actually invest in the company itself?” My personal answer to this question rested in a Work + Money article. The article from 2019, Most Expensive Funko Pops, detailed a full list of rare, collectible grails that were selling for thousands of dollars on the open market. I was hooked.

Upon seeing the Stan Lee Metallic Pops! (SLM) collection on the Work + Money list, I was immediately drawn to their mystique and the life they developed following Stan’s passing in 2018 (RIP). These particular Pops! were released in “Red” (1/12), “Gold” (1/10), and “Silver” (1/10) variations. Even the most avid Pop! collectors couldn’t determine who possessed them, and finding decent photos of them online was a seemingly impossible task. As Work + Money noted, “They’re so rare, we’re not 100 percent convinced they exist.” At that moment, I made it my mission to attain these one way or another. 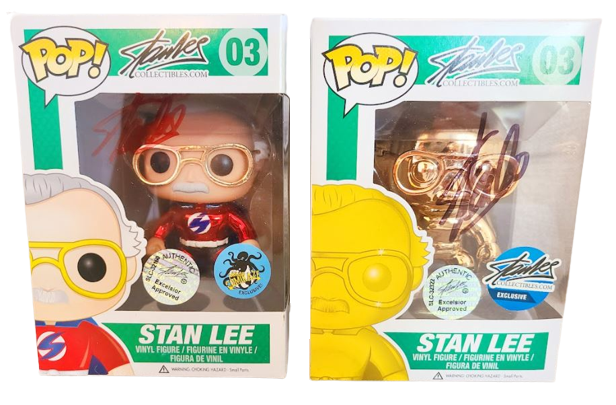 The hunt began on eBay. There were two SLMs listed there at the time, but, due to the price points, I genuinely felt that these sellers weren’t actually interested in selling. They were likely only using the listings as advertisements for their collectible shops or to attract attention to their other listings. I started tirelessly perusing Facebook Marketplace, Mercari, Craigslist, WhatNot and other Funko-heavy resources to find a legitimate seller. I sent countless messages to people in the community trying to find someone who knew someone willing to sell a SLM all to no avail.

On one night in the spring of 2021, I reached my breaking point. After spending hours trading messages with a supposed owner of a Gold SLM, I came to the realization that he was just trying to rip me off. I fell asleep on my living room floor using a PS4 as a pillow and an area rug as a blanket. I felt dejected and promised myself that my hunt was over. I resented the community and the search. 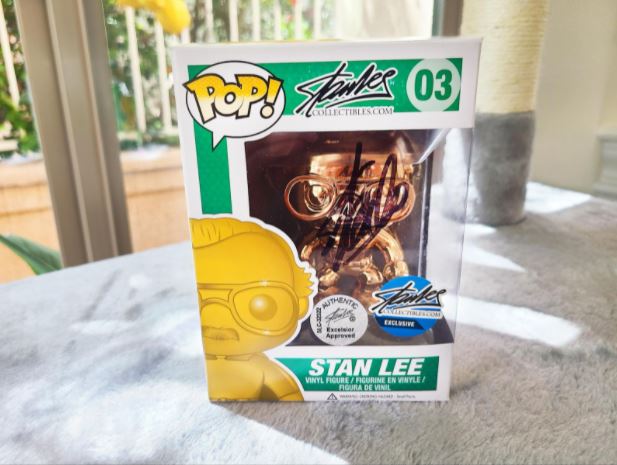 In the winter of 2021, while fully retired from Pop! hunting hell, a friend sent me a newer eBay listing of a Red Stan Lee Metallic from a guy who was located very close to me. I, coincidentally, received his message while in a work meeting right across the street from my local Funko shop. I could literally see the sign from the window. Pushing fate aside, and still feeling dejected, I decided to “Watch” the listing but not actively pursue it.

A few months went by and the listing was still torturing me. eBay’s automated emails are a bitch — “Buy it!…Buy It!…. BUY IT OR ELSE”. Fine. I relented in late February 2022 and sent the seller a message: “I’m more serious than anyone who has messaged you.” I also included a photo of bundles of cash and my phone number. I refused to have a prolonged back-and-forth conversation; I just wanted to get it done. My mission was simple — message, buy, fist pump (in that order). He replied, “Send an offer through eBay!” I sent one for $20,000, and it was promptly rejected. Ugh. I told him to call me. 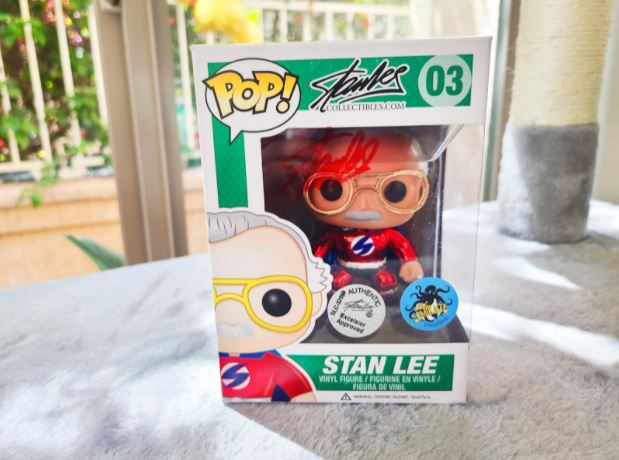 “Thanks for being interested. I was just using the eBay offer to gauge your seriousness. By the way, I have a Gold Stan Lee Metallic as well.” WHAT?! While on the phone, we almost immediately struck a verbal deal on the Red SLM. Then my focus shifted quickly to the Gold, but he seemed very reluctant to let it go. He agreed to meet me at a local Wells Fargo with both Metallics… I decided to bring $50,000 in cash.

Standing at the back of his pickup truck in the bank parking lot, I felt totally in awe at finally getting an opportunity to see these grails in person. I knew the Red one was a done deal, but he wanted a higher price for the Gold SLM since it’s technically more scarce. Our agreed price for the Red was $21,500, and I told him I wouldn’t pay more than that for the Gold (which wasn’t actually true, of course). He looked incredibly conflicted. I gave him a second to ponder while I walked back to my car to grab the money. As soon as I returned to his truck, the deal was done.

I stood outside of Wells Fargo for what felt like hours while he deposited the cash. When he finally emerged, he rejoined me at his truck and immediately fell into a trance-like state. “Are you alright?” I asked. He snapped out of it. “As a collector, I know I’ll probably never see or hold anything like these again. I just wanted to take them in before I let them go,” he said. As soon as the grails hit my hands, I felt a wave of relief and accomplishment. They were finally mine.

In between bouts of schoolgirl levels of excitement, there was still something ringing in my ear, a parasitic voice that was growing in volume. I tried desperately to combat it by appreciating the moment and respecting the reward I held in my hands. But, by the time I got back to my car, this stubborn voice was becoming a deafening scream that couldn’t be ignored — “NOW HOW DO I FIND A SILVER METALLIC?”

Join more than 1,100 fellow collectors in owning a part of Pop Price Guide. Investing in PPG and the hobbyDB Family of brands is easy and can be done for as little as $100. The best part? Rather than a donation, by investing with PPG, you’ll do well when we do well. Full details here! 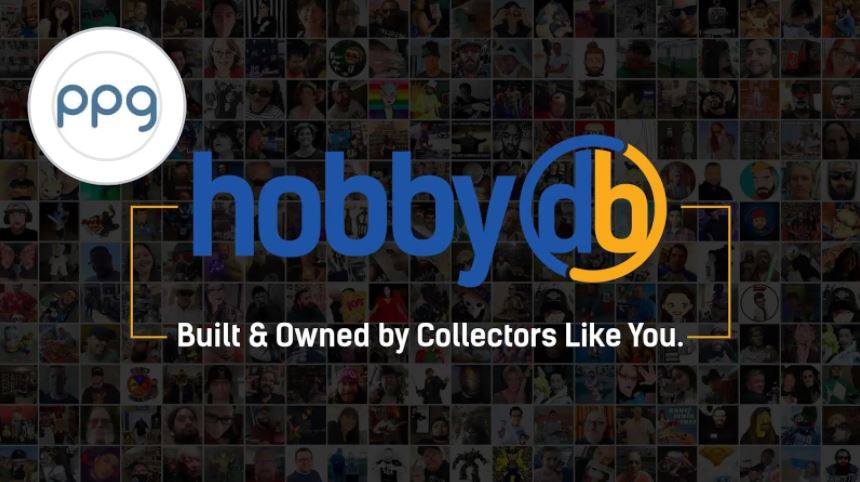 One thought on “Ready, Fire, Aim – My Relentless Search for Funko’s Ho-Lee Grails”