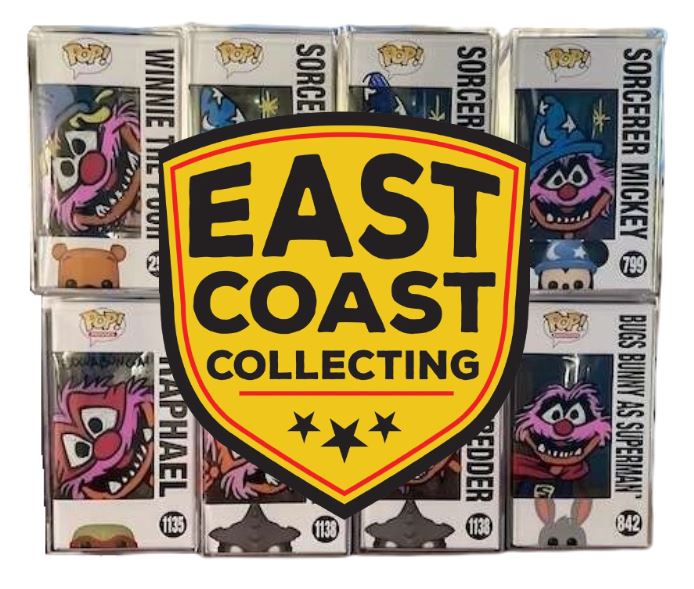 It’s time to play the music. It’s time to light the lights… with our newest friends from East Coast Collecting!

We’re teaming up to introduce an autographed exclusive that we’re sure you’re going to go wild over.

Here’s your opportunity to add to your collection an exclusive Funko Pop! figure autographed by larger-than-life artist and writer Guy Gilchrist.

In addition to the signature, Gilchrist has adorned each box with a unique illustrated “remake” depicting Animal from the Muppets.

So you’ll need to act quickly.

These Pop!s are pre-packaged and ready to ship. You will be selected one at random. Potential Pop!s include notable Gilchrist characters such as –

Your Pop! will arrive in a Monthly Pops Hard Stack protector and come with a JSA authenticated COA. 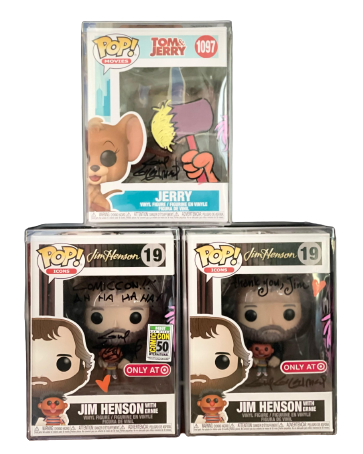 Judging by that list above, there’s a good chance that Guy Gilchrist played some sort of role in your childhood.

With more than 60 children’s books to his credit, Gilchrist has helped shape franchises and characters such as Looney Tunes,  Minnie Mouse and the Pink Panther, as well as Tom & Jerry and the Teenage Mutant Ninja Turtles, to name just a handful.

Between 1981 and 1986, Gilchrist and his brother Brad, helped breathe life into the nationally syndicated Muppets comic strip that appeared in hundreds of newspapers across the country.

He then spent 23 years producing the comic strip “Nancy.”


Get to know East Coast Collecting

East Coast Collecting has strapped on its armor and wielded its sword for a simple, yet highly noble quest.

Summon the Knights of the Holy Chase! It’s time to find you that coveted grail.

East Coast Collecting got its humble start during the early days of the pandemic when Ted Rubin began flipping trading cards on eBay.

And in doing so, he found the inspiration for East Coast Collecting by connecting with his past.

“I found a passion in it,” he says of the company he runs alongside his wife. “Stuff I enjoyed in my younger years.” 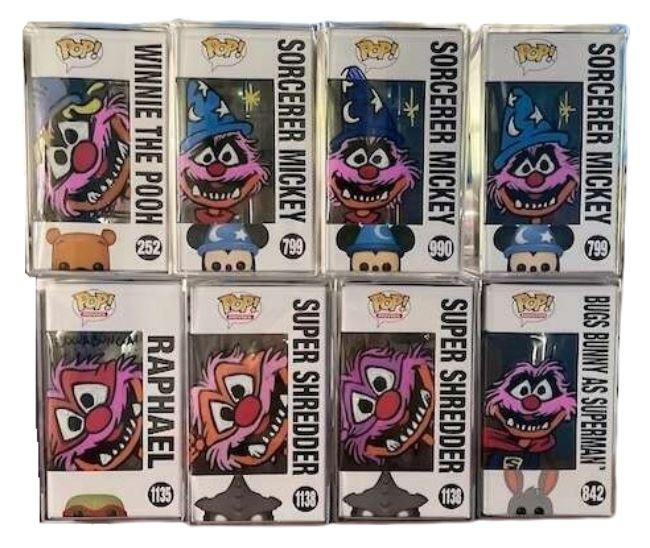 It didn’t take long before he gained a following and gravitated to online auctions and more. Today, East Coast Collecting has grown into a licensed retailer specializing in Funko and “everything nerdgasmic in between.”

For Rubin, it’s all about building and fostering the collectibles community.

You’ll find pre-orders, and items from brands such as Funko and Handmade by Robots on the East Coast Collecting site, in addition to their Mystery Boxes that are aimed at “fueling your inner nerd.”

Then make sure to visit poppriceguide.com at 1 p.m. est to score your limited edition Animal autographed by Guy Gilchrist!

Questions? Let us know by messaging us at team@poppriceguide.com!