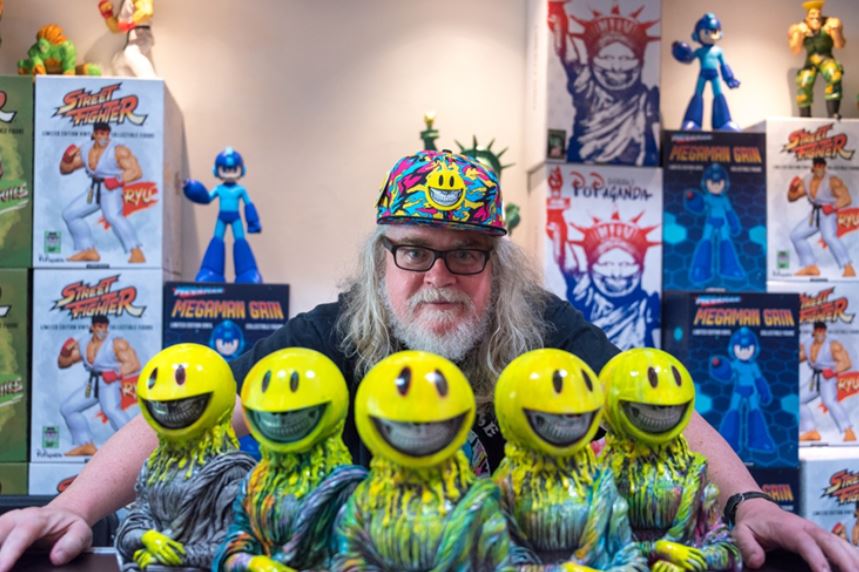 From Ron English (above) and beyond, Pop Price Guide user and Squad member Javier Serrano, aka FJaviserr, takes us through Funko’s history of artist collaborations.

From time to time, toy brands surprise us by making artistic collaborations with contemporary artists and designers.

This alliance between them shows us how to elevate a figure to a masterpiece. Traditionally, and depending on the purpose, Funko plays a role in creating this partnership for charity events and exhibitions.

Some become unique and extraordinary, official custom pieces that collectors show with pride in their collections. Others, and luckily for us, we can find them as exclusives and limited editions at other shows.

From 2014, we can see the way in which Hikari, Retro Freddy, Dorbz and Pop! Vinyl, items are becoming unique pieces of art. 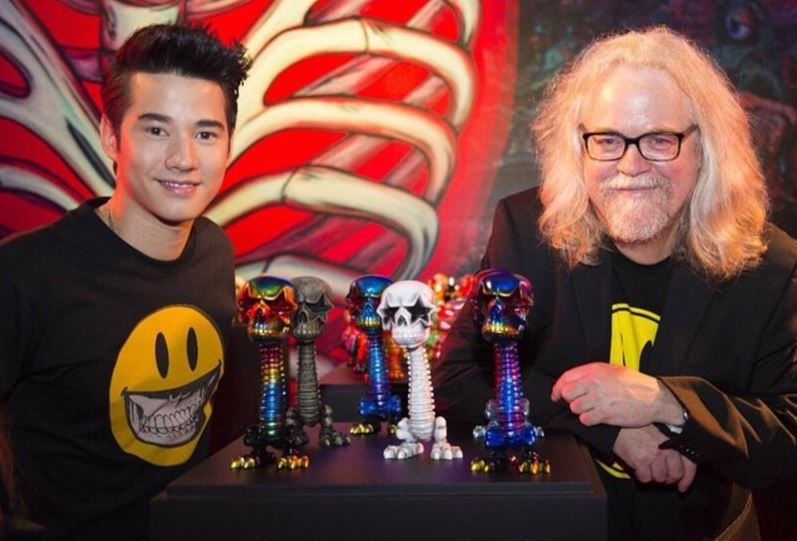 Let’s start the tour in the museum of Funko with one of my favorite collaborations. Since 2014, we find the lasting partnership with the artist-toy designer Ron English that continues today. In his artist career, English has produced iconic images. He coined the term POPaganda to describe a mash-up of high and low cultural touchstones, from superhero mythology to totems of art history, populated with his original characters and toy designs.

His debut with Funko was with Hikari Figures and were highlighted in the Creatures of Light exhibition. It was an event organized by the Asian Funko partner, Mindstyle, which took place in Manila, Philippines. The show was focused on Hikari and POPaganda items. The Star Skull Hikari figure was created and presented in three variants Black Rainbow, Pearl and Bangkok. Those pieces are limited from 88 to 300 pieces. 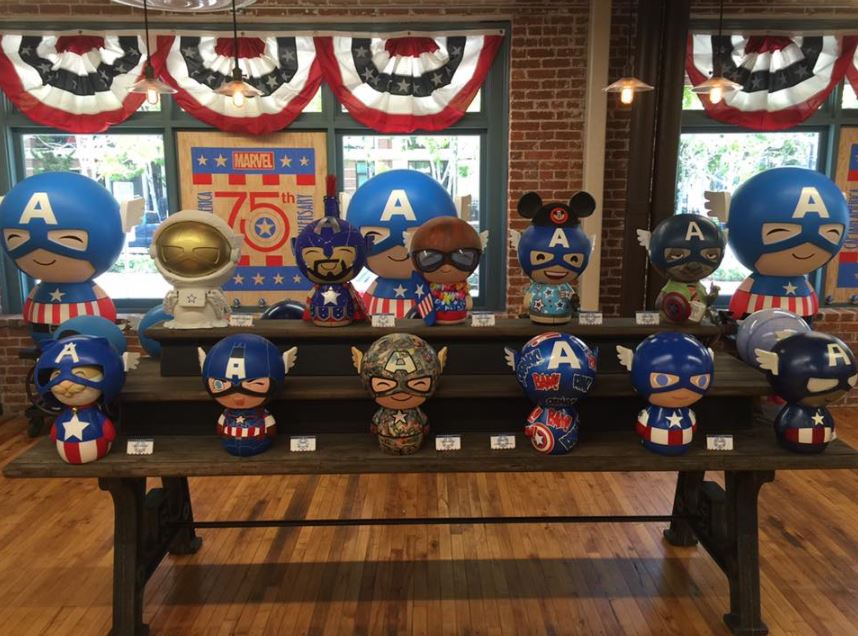 Continuing with Hikari, a year later, the creation came from Patrick Ballesteros. Based in Los Angeles, California, this designer and illustrator strives to have as much fun with his work as humanly possible to create a sense of nostalgia. His Funko masterpiece was shown at the 2015 San Diego Comic Con with the amazing Glub Glub, limited to 88 pieces.

Back to 2016, Mindstyle and Mutsuo, one the most contemporary tattoo masters from Japan, brought us Fudo Myo-o, a wrathful deity in Vajrayana Buddhism, with a Pop! twist to our collections. This Three Tides Tattoo exclusive was presented in four variants including a Chase piece. 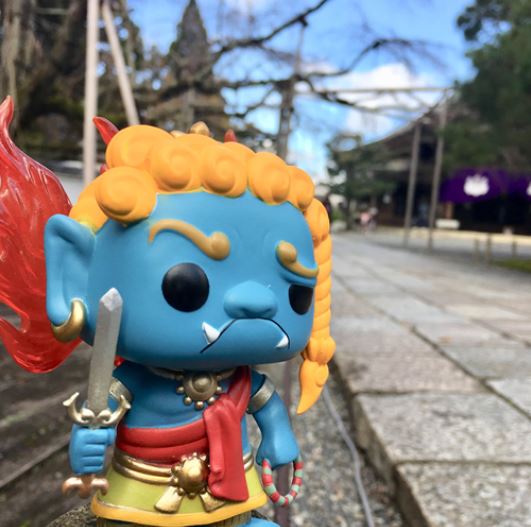 That same year, at 2016 San Diego Comic Con, to celebrate the 75th Anniversary of Captain America and the United Service Organization, Marvel and Funko joined forces and played host to the charity event “Operation: ReDorbz.”

Through “Operation: ReDorbz,” more than 300 artists from Marvel Entertainment, The Walt Disney Company, and Funko were invited to customize blank 18-inch Captain America “jumbo” Dorbz figures. In the end, 75 of the custom figures were on display at Funko’s San Diego offices during 2016 Comic Con — and approximately 200 additional submissions were available for auction. These unique pieces were auctioned exclusively on eBay for charity in support of the USO, a nonprofit, charitable corporation that supports US soldiers. 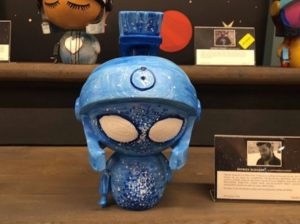 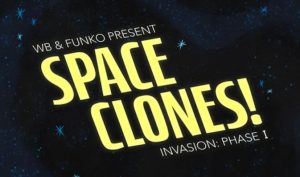 In 2017, Funko and Warner Bros teamed up for a fantastic art project, a custom Marvin the Martian Dorbz exhibit “Space Clones! Invasion: Phase 1.”

As in Operation: Redorz, they asked a bunch of super talented artists to craft their one-of-a-kind 12-inch Marvin clone creations, and making matters better was that all of them were up for auction, with proceeds going to the California Institute of the Arts.

The show and charity event took place at 2017 SDCC at Funko Pop-up Shop, as a parallel event where we found the Saturday Morning Cartoons exclusives as well. The event also went on at 2017 NYCC, besides the traditional Funko booth, we could enjoy Space Clones! Invasion: Phase 2, focused on the same goal, supporting CalArts’ scholarship programs. 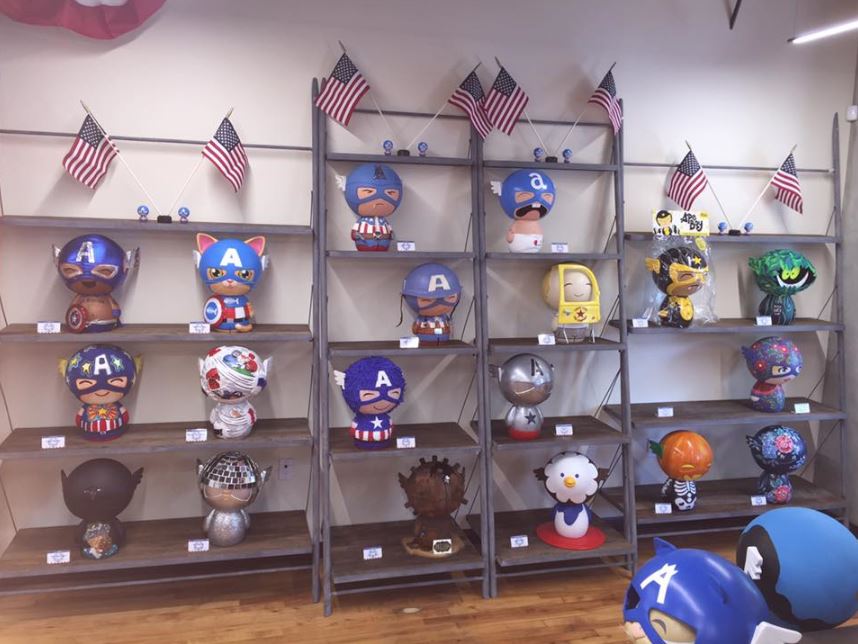 Since 2019, Funko has been making the contest “Design the next Fantastik Plastik Winner.” Winners of the 2019 and 2020 editions were Tanner Hedges and Jacob Martindale, respectively. Their creations were Bat Boy #58 (exclusive to Funko Shop) and Cutey Corn #23 (exclusive to Funko Hollywood). I guess we will see more of them in the short term. 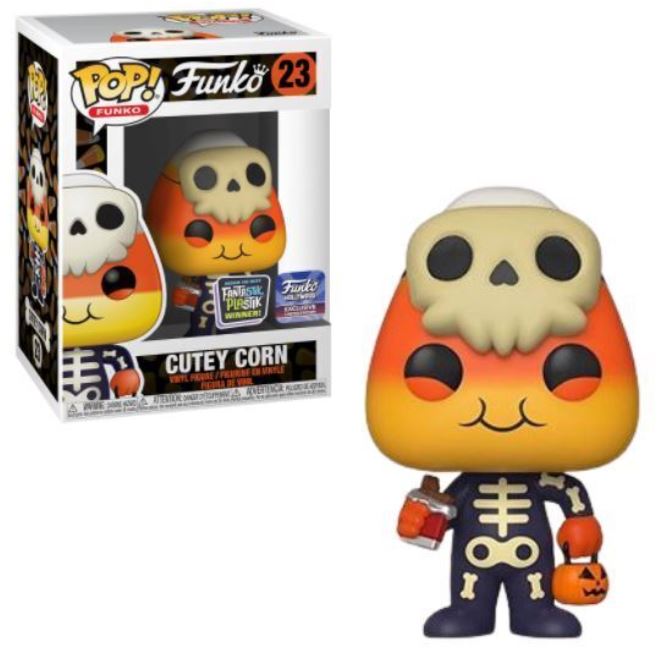 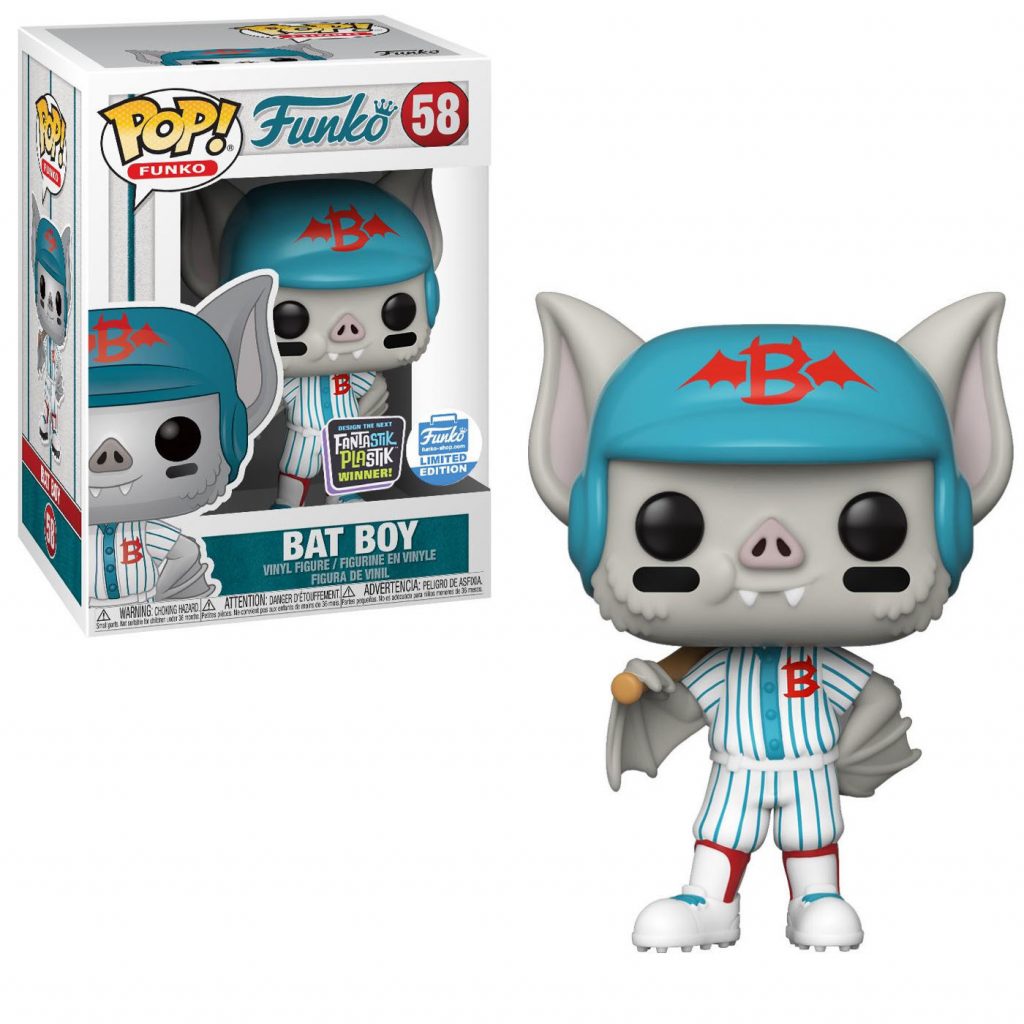 It is not necessary owning some of those pieces to consider that we possess a masterpiece, because I think all my collectibles are small art pieces. Although, and as I always say, there’s always room to add them, isn’t there?

I hope you find this information helpful. Have an excellent week, let me know if you’d like to know more about Art in the World of Funko in the comments and keep on Popping!