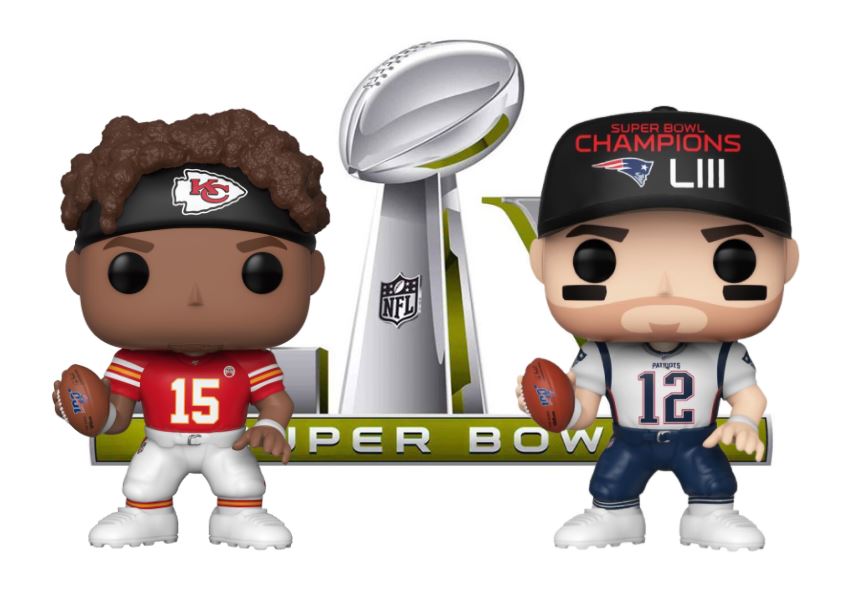 It’s Super Bowl Sunday and we want you to be known as more than just the person who brought that nice artichoke dip to the party.

So we’ve dug up a few fun factoids that blend both the worlds of the NFL and Funko’s Pop! Football collection for you to bust out today in the moments between commercials.

Use them wisely, and regardless of whether the Kansas City Chiefs or Tampa Bay Buccaneers claim the title of Super Bowl LV champion, the real winner will be you.

Eight players in today’s game have their own Pop! figures, including Patrick Mahomes, Travis Kelce and Le’Veon Bell of the Chiefs, as well as Tom Brady, Rob Gronkowski, Mike Evans, Antonio Brown and Leonard Fournette. for Tampa Bay. It should be noted, however, that Evans is the lone player actually depicted as a Buccaneer. Expect that to change with the next wave from Funko. 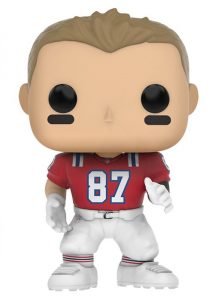 Tom Brady has as many Super Bowl appearances (10) as he does Funko vinyl figures.

The most valuable Pop! Football vinyl figure in the PPG database is the Julian Edelman, Tom Brady & Rob Gronkowski (3-pack) at $290.

See if you can stump your friends with this trivia nugget: There are 123 professional teams in the MLB, NBA, NFL and NHL. Of them, 14 teams do not have a player representing the organization as a Pop! figure.

Whose Collection is Truly Super?

Which NFL team has the most Pop! Football figures? It should come as no surprise that Funko has loaded up on the hometown team with 18 Seattle Seahawks Pop! figures. But that only ties the Seahawks for the lead, alongside the Dallas Cowboys, followed by the New England Patriots (16), Pittsburgh Steelers (13) and the Green Bay Packers (11). Sorry, Bengals and Washington fans. You each have just one player representing your teams in vinyl form.

AB, we hardly knew ya…

Antonio Brown returns to the Super Bowl after a 10 season hiatus, this time as a member of the Tampa Bay Buccaneers. While AB has four Pop! figures bearing his likeness, it’s his Raiders Pop! that is most intriguing, given that Oakland waived the mercurial wide receiver before he played a single game for the silver and black.

Enjoy the game (and the commercials)!

4 thoughts on “Pop! Football Facts to Make you Look Like a Genius at Your Super Bowl Party”