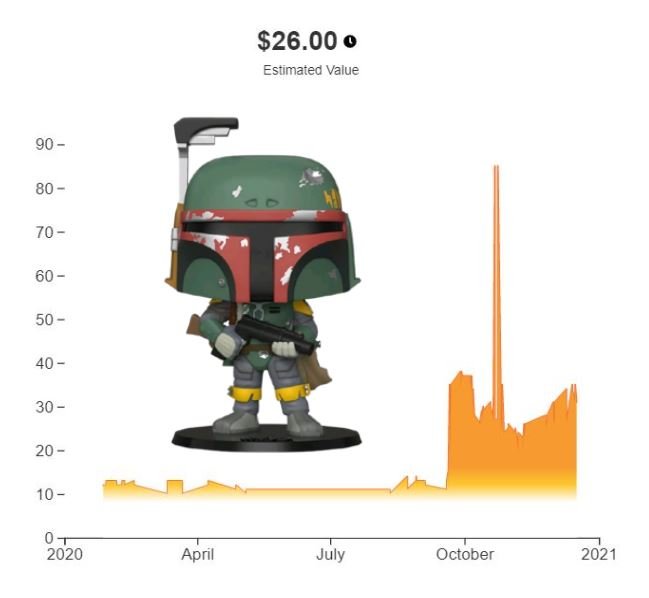 We’re saddened to learn of the passing of actor Jeremy Bulloch.

Bulloch, who passed away on Thursday at the age of 75, was a renowned British performer best known for his role as the original Boba Fett in the Star Wars franchise.

When it comes to celebrity deaths, there’s often a spike in interest as people naturally think of the person and want a keepsake to remember her or him by. This often translates into a rise in price charges and, consequently, shortly afterwards in the PPG Estimate Value.

We bore witness to it after the passing of both Chadwick Boseman and Ruth Bader Ginsburg. While prices rose significantly, they eventually returned to lower values. With so many Boba Fett figures (we have 85 Boba Fett Funko products in the database), the effect will be less strong, but still very possible.

We recommend patience and using due diligence when making any purchases. As always, if you have any questions or concerns, let us know by messaging us at team@poppriceguide.com.