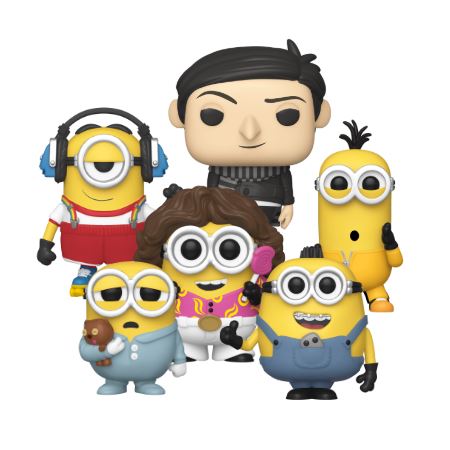 Funko takes a turn toward the evil…and adorable…with the latest addition to its Pop! Minions collection.

Gru is back in control, only this time in Young Gru form, as the affable villain looks to get his start in the evil game as part of an eight-Pop! set dedicated to the upcoming “Minions 2: The Rise of Gru.”

Joining Gru are his loyal Minions, including, Pet Rock Otto, as well as 70s Bob and Pajama Bob. Roller Skating Stuart also receives a 10-inch version, while Kung Fu Kevin, also arrives with a Glow-in-the-Dark variant that is exclusive to F.Y.E.

The Pop! Minions 2: The Rise of Gru collection arrives in stores in May. You can pre-order yours today.