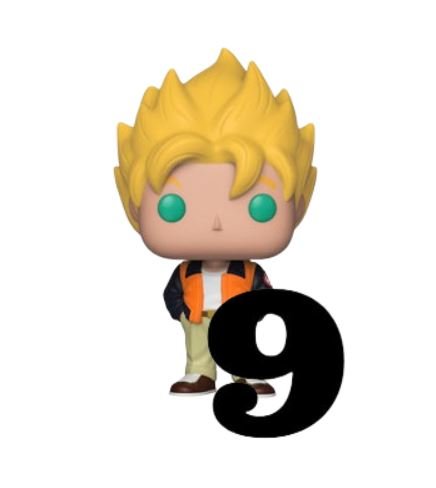 To determine the year’s hottest Pop!s, we deployed an intricate algorithm that was smuggled out of Los Angeles’ Nakotomi Tower on a flash drive that was being heavily pursued by a precision team of expert German terrorists.

Turns out, the code is simple. We tallied the amount of times an item appears in both users’ collections (OWN) and their wish lists (WANT) within the PPG database. The results are a swath of our favorite Pop!s from Marvel and Star Wars to Disney and more, including our No. 9 Pop! of the year, according to you, the fans and collectors…

If Goku (Casual) is excited about being ranked as the ninth most popular Pop! in 2019, you can’t tell from his laid back style. The Pop! Dragon Ball Z character is the most popular figure in Funko’s Pop! Animation series this year with 5,275 ownership and another 548 in wish lists.

Tune in tomorrow when we reveal No. 8. Here’s a hint, a hero of ours takes on a new form. Can you guess? Tell us in the comments below.