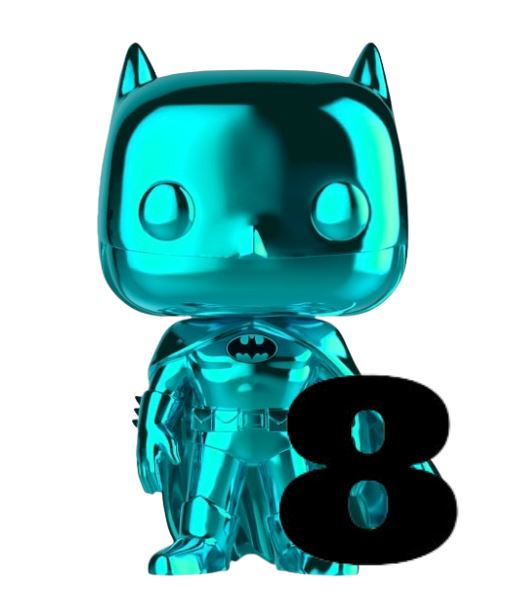 To determine the year’s hottest Pop!s, we deployed an intricate algorithm that was recovered from a ruthless gang of surfers disguised as ex-Presidents.

Turns out, the code is simple. We tallied the amount of times an item appears in both users’ collections (OWN) and their wish lists (WANT) within the PPG database. The results are a swath of our favorite Pop!s from Marvel and Star Wars to Disney and more, including our No. 8 Pop! of the year, according to you, the fans and collectors…

The Dark Knight took on Teal form for a 2019 San Diego Comic Con shared exclusive that is owned by more than 5,600 fans. Combined with Batman’s SDCC exclusive, Bruce Wayne’s colorful alter-ego is among the most collected Pop! Vinyl figures of 2019. But is it the most popular to hail from Gotham this year?

Tune in tomorrow when we reveal No. 7. Here’s a hint, heroes and bravery come in all sizes. Can you guess? Tell us in the comments below.