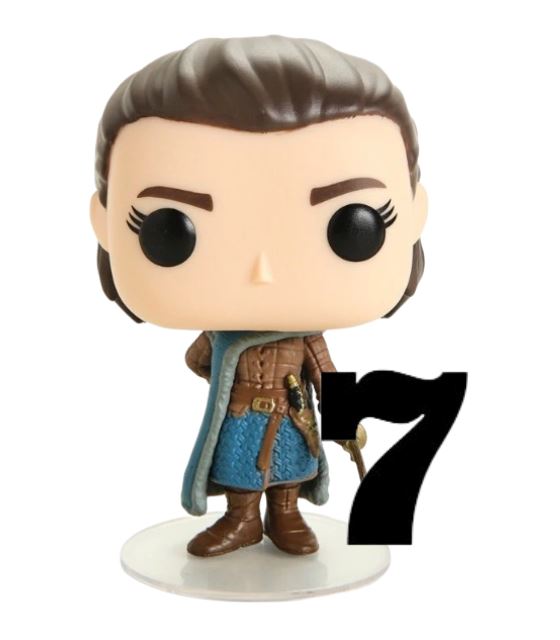 To determine the year’s hottest Pop!s, we deployed an intricate algorithm that was smuggled across the Kessel Run in 14 parsecs. Pardon us, 12 parsecs.

Turns out, the code is simple. We tallied the amount of times an item appears in both users’ collections (OWN) and their wish lists (WANT) within the PPG database. The results are a swath of our favorite Pop!s from Marvel and Star Wars to Disney and more, including our No. 7 Pop! of the year, according to you, the fans and collectors…

First she saved winter, then Arya Stark became the most popular Pop! Game of Thrones figure of 2019 – once again defeating the Night King (Metallic) in the process. Her Emerald City Comic Con Shared Exclusive (BoxLunch) is owned by close to 5,400 fans and is on the wish list of almost 700 other collectors, fourth-most among the top-10 Pop!s of the year.

Visit again tomorrow when we reveal No. 6. Here’s a hint, it’s going to make you hungry. Can you guess? Tell us in the comments below.