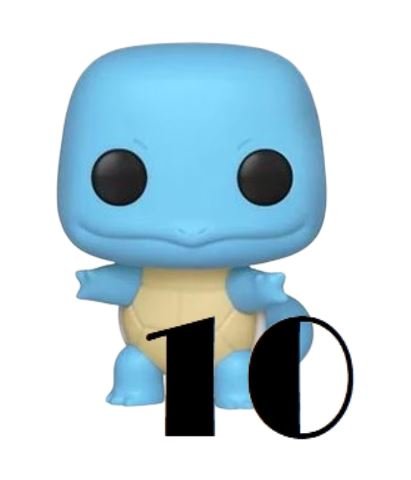 We’re counting down the most popular Pop! figures from 2019, starting today with No. 10 and working our way to the big reveal on New Year’s Eve.

To determine the year’s hottest Pop!s, we deployed an intricate algorithm that was smuggled out of NASA on a flash drive in a secret mission that cost us the lives of several brave men and women from the Pop Price Guide Data Team.

Turns out, the code is simple. We tallied the amount of times an item appears in both users’ collections (OWN) and their wish lists (WANT) within the PPG database. The results are a swath of our favorite Pop!s from Marvel and Star Wars to Disney and more, including our No. 10 Pop! of the year, according to you, the fans and collectors…

Get used to seeing Pop! Pokemon on this list. With a little more than 5,000 users owning Pop! Squirtle, the Pokemon character eked out the Night King (Metallic) to earn the honor as the tenth most popular Pop! Vinyl figure in 2019.

Tune in tomorrow when we reveal No. 9. Here’s a hint, we’re going to keep it casual. Can you guess? Tell us in the comments below.