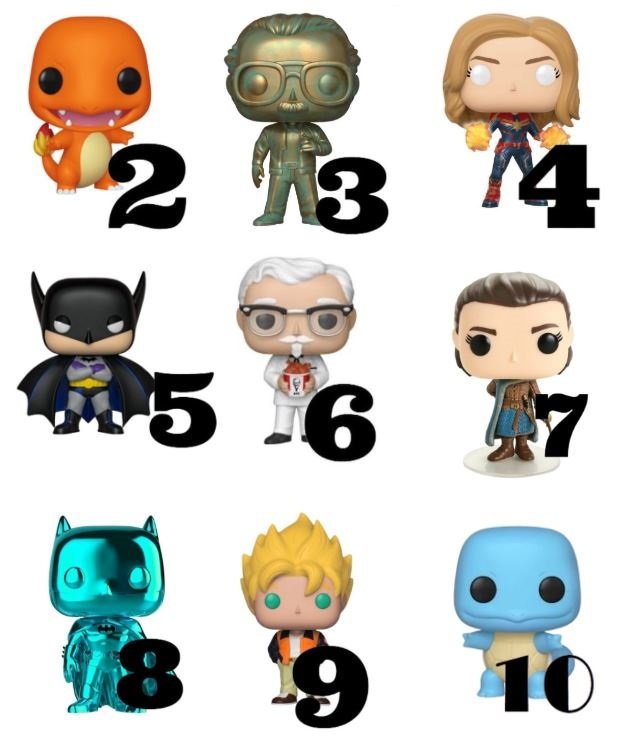 Before we close out another great year of Funko reveals, there’s still one matter left to resolve: naming the most popular Pop! vinyl from 2019.

Our trek to No. 1 began 10 days ago, taking us on a journey through some of our most cherished Funko franchises, from Marvel and Disney to Star Wars and beyond. We kept it simple to determine the year’s top Pop!s, adding the amount of times an item appears in the OWN and WANT lists of our loyal Pop Price Guide users.

Without further ado, the most popular Pop! vinyl from 2019 is…

Bulbasaur is the most popular Pop! figure from 2019 and it’s not even close. The cuddly little Pokemon character appearance in 11,200 collections – 1,600 more than No. 2 Charmander – and is listed on 1,050 want lists. To sweeten the deal, Bulbasaur also comes in a 10-inch version that’s also quite popular (2,560 own/485 want).It should be noted that since this campaign begun, Michael Jordan (Slam Dunk) has witnessed a surge in ownership over the Christmas holiday. In fact, the Chicago Bull star vaulted from just outside the Top-10 to eclipsing Captain Marvel (Glow in the Dark) for No. 4 among the most popular Pop! vinyls of 2019.

It’s been another great year in the Pop! world. We tabulated your favorite (most owned/wanted) from your favorite lines of Funko Pop! figures. Here are the top five from each franchise. Do you own them?

Happy New Year from the team at Pop Price Guide!!

8 thoughts on “And the Pop Price Guide Top! Pop! of the Year is…”