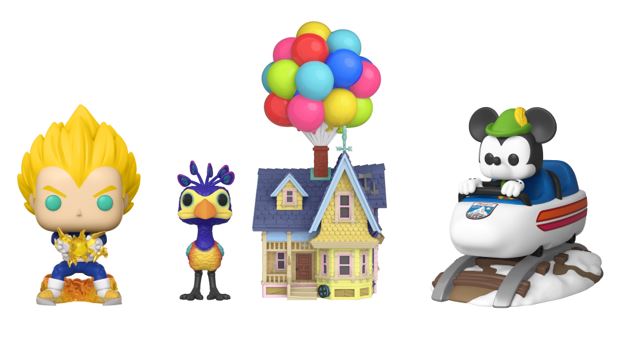 It might be a small world, after all, but it’s growing bigger every day thanks to Funko’s latest round of 2019 New York Comic Con Reveals.

The company is rolling out more reveals this week as we rapidly approach this year’s NYCC, held Oct. 3-6 in New York’s Jacob K. Javits Convention Center.

This is a live blog, so check back throughout the day for more reveals. Peruse previous reveals by clicking Day 3 and Day 2.

You’ve got a friend (several, actually) in Pop! Toy Story’s Dummy, as well as Kevin and the Carl’s house from “Up.“