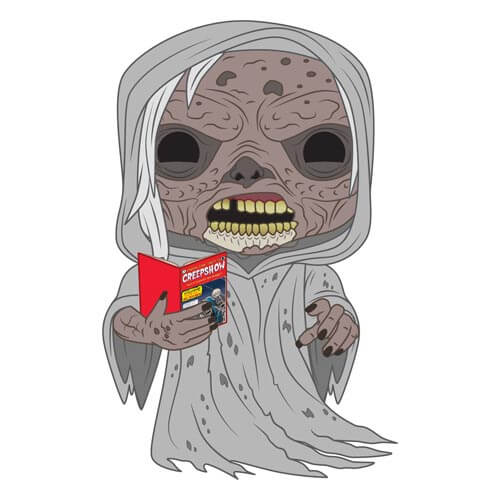 Funko wants to tell you several terrifying tales and they’ve chosen the perfect storyteller in Pop! The Creep to scare you out of your socks.

Stephen King’s world of “Creepshow” makes its Pop! Vinyl debut in conjunction with the franchise’s latest reboot – a web television series that premiers this autumn via the on-demand streaming service Shudder. While King has since moved on from his first screenplay, the chills remain.

Pop! The Creep won’t go on sale until February, but you can pre-order yours today. If you dare.

3 thoughts on “Funko’s Pop! The Creep Has Some Tales to Tell”