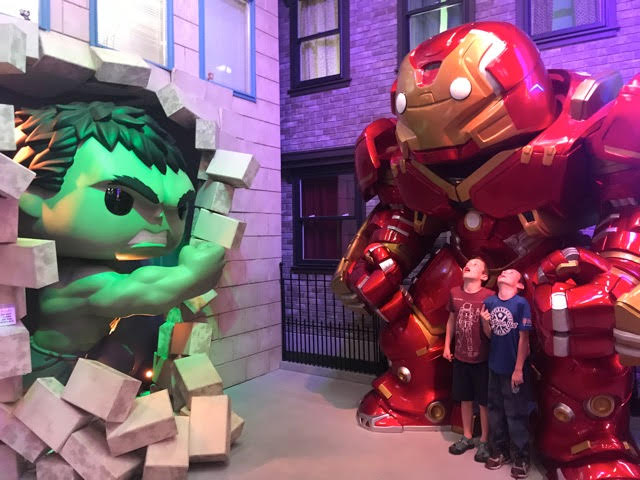 Pop Price Guide user thephantomhennes recently embarked on a dream journey to Funko Headquarters with his family. Ian generously shares his trip with us.

I’ve been collecting Funko Pops! for a few years and love these little guys. They stand as a totem in my game room symbolizing all the things I’ve enjoyed past and present in the world of pop culture.

I was too afraid to start collecting, because I knew I would likely have a “problem” keeping the collection in check. After my sister Kirsten and brother-in-law Tyler gifted me my first one, I was pushed into the collection I wanted to start, but was hesitant.

Since then, they, too, have started collecting the Pops! they enjoy and my two sons have also purchased some of their faves.

When we decided to all go on an epic road trip from Southern Alberta to see family on Vancouver Island, before going to Seattle, stopping in Everett to see the Funko HQ was on my list of “must stops.”

After a lengthy border crossing lineup, we arrive about 1.5 hrs before HQ closed.

Everyone loved the huge toy characters, different themed sections, and exclusive Pops! We all made a “Build-a-Freddy” and grabbed a few T-shirts and bags. The staff was friendly and store was very clean, polished, and had a noticeable “shine” that I can only remember feeling in a Disney Store.

After wearing out our welcome at 7 p.m. closing time, we headed with our treasures onto the street.

As we were on the street discussing the fun we had experienced, an employee came out to chat with us. At first I thought we had forgot something, but then he offered us some baseball tickets to the local Everett AquaSox…for free!

They had extra staff seats, and generously offered them to us. My boys both play ball — we support our local team the Medicine Hat Mavericks — and had tickets to the Toronto Blue Jays game against the Seattle Mariners later that weekend, so ya, we like baseball.

The game was great!

It was the last “Funko Friday” of the season and we scored a cool pin. We also won some Funko lanyards, pins and purchased the park exclusive Webbley Pop!. It was such a cool surprise, and such a cool way to end the Funko HQ visit.

Some memories from the trip: