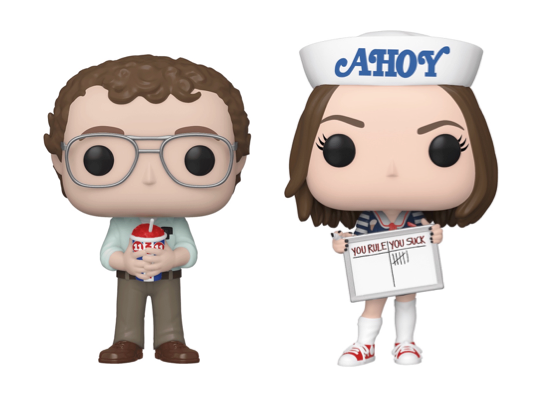 One is fluent in Russian, the other cracked a secret Russian code. Together they combine for Funko’s latest additions to its Pop! Stranger Things line.

Robin Buckley is back in Pop! Television form and still in her Ahoy uniform subtly reminding Steve Harrington what she thinks of him. Hint: It’s not good.

Making his vinyl debut is Alexei the Russian scientist and defector, who cradles his beloved cherry Slurpee.

The Pop! Stranger Things Alexei and Robin don’t go on sale until February of 2020. Avoid the Upside Down by pre-ordering yours today.