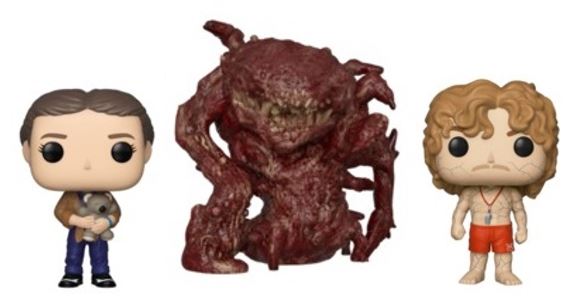 Billy might not be doing so well, but we’re feeling pretty great about Funko’s latest wave of Pop! Stranger Things.

The company introduces seven new vinyl figures dedicated to the original Netflix series, including a trio of Eleven Pop!s. The psychokinetic teenager receives a Yellow Outfit version, exclusive to Amazon, as well as a Target exclusive clutching a Teddy Bear.

Mike (Season 3) returns, as does Joyce,who investigates her magnets. Together they take on Lifeguard Billy and a six-inch, super-sized version of the Monster.

This is the second wave of Season 3 Pop! Stranger Things figures. Check out the first Wave, including Hopper (Date Night) here.

The Pop! Stranger Things collection goes on sale in August, but you can preorder yours today