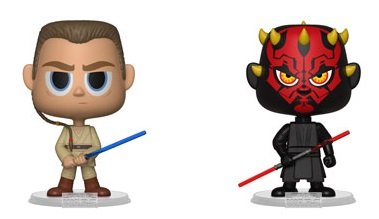 Also making their Vynl. 2-Pack debuts are Chewbacca + C-3PO. The pair of Vynl. sets are the seventh and eighth dedicated to the Star Wars universe.

Other Star Wars Vynl. 2-Packs include:

Obi-Wan and Darth Maul are expected on shelves in December, while Chewy and C-3PO will premier a month later after the start of the new year. You can preorder yours, however, today.