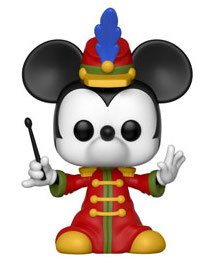 The Pop! Disney: Mickey’s 90th collection is available now. You can order yours here.