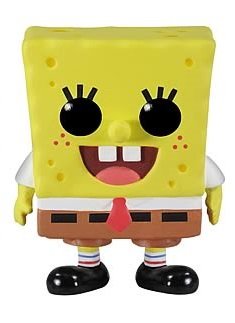 As far as premises go for cartoons, the concept of SpongeBob Squarepants — an immature pre-adolescent porifera with the heart and love of Krabby Patties larger than the Great Barrier Reef — had to have been among the strangest ever to land on the desk of Nickelodeon executives.

Yet, 242 episodes spread across a dozen seasons later, as well as a pair of major motion pictures and a Broadway show, Stephen Hillenburg’s creation has a special place in the hearts of generations of children…and their parents.

Hillenburg passed away on Nov. 27 at the age of 57 after a battle with ALS, leaving behind a legacy that began with his job at the Orange County (Calif.) Marine Institute.

Spongebob is that rare animated program that knows no age. Hillenburg’s creation imparted many a life lesson, including respect, love and empathy. All while maintaining a comedic edge that could appease the parent, who often found themselves still watching hours after their kids were nestled in their beds asleep.

Spongebob had an impact in the Funko universe, making his debut in 2013. The franchise has since rolled out 11 Pop! vinyl figures, featuring all the Bikini Bottom mainstays such as Mr. Krabs, Sandy and Squidward, lest we forget Patrick Star.

We’ll never be able to properly thank Stephen Hillenburg. Perhaps the best homage today will be to take a moment and drop to the deck and flop like a fish.