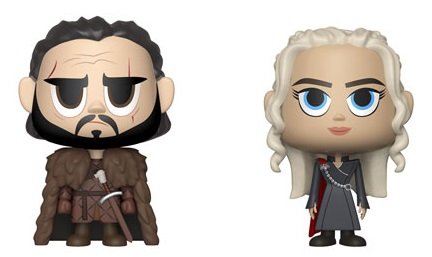 Jon Snow and Daenerys Targaryan are united at last…in Vynl. Game of Thrones form, at least.

The duo from the hit HBO drama are the first from the franchise to be immortalized in Vynl. 2-Pack form.

Funko wasn’t done with Snow and Daenerys, however, announcing the addition of Arya Stark to its Rock Candy line.

Both figures are expected in stores this January. You can preorder yours today.