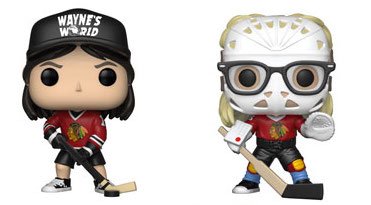 The tandem also throws on their hockey gear as a Target-exclusive 2-Pack.

Pop! Movies: Wayne World doesn’t go on the air until November, but you can preorder yours today.