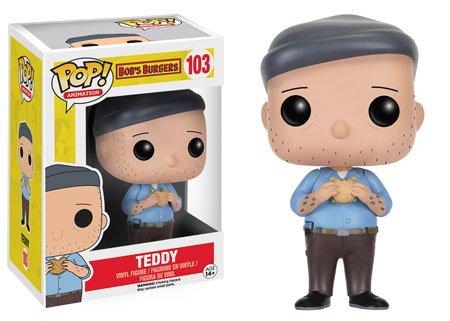 Christopher Wallace. Biggie Smalls. The Notorious B.I.G. went by numerous monikers during his brief, but meteoric, rise to rap immortality. Now, Funko has once again named Biggie among the newest members of its vinyl line of Pop! Rocks figures.

The king of hip-hop comes with two new variants, including a crowned version, as well as a one donning a yellow “Biggie” jersey.

This isn’t Funko’s first foray into the world of Notorious. The company previously released two Biggie Pop!s, including a rare, 240-piece 2011 San Diego Comic-Con exclusive. Both are quite the collector’s item, if you can procure one for your collection.

The new Pop! Rocks: Notorious B.I.G. doesn’t hit the stage until September, but you can preorder yours today.