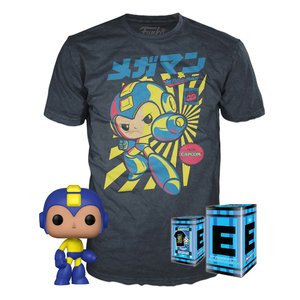 Stone Man? Dark Man? Crystal Man? None of them stand a chance when Pop! Mega Man is armed with the Napalm Bomb.

Now you, too, can possess the mighty weapon and look good while bombing the likes of your enemies, courtesy of Funko’s new GameStop Mega Man Game Cover combo pack.