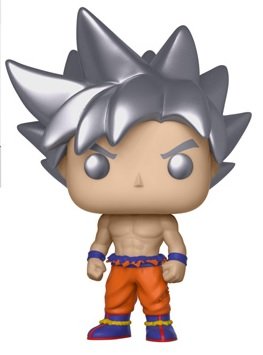 Funko is channeling its ultra instinct with the addition of a new Pop! Goku to its Dragon Ball collection.

The Pop! Animation figure is the 12th for Goku, who also sports several Mystery Mini and Pocket Pop! Keychain forms.

You won’t have to survive the Tournament of Power to get your hands on Pop! Animation: Goku (Ultra Instinct) when he hits stores in August. Instead, preorder yours today and save your powers to defend against evil.