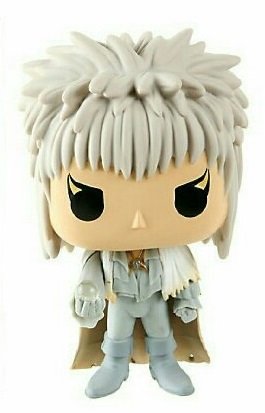 It’s probably a good thing that we forgot to include Hall and Oates on our latest PPG Poll of the music duos we’d most like to see created in Pop! Rocks 2-Pack form.

The iconic 80s Maneater singers could easily have run away with a lion’s share of the 1,547 votes cast between July 13 and July 23.

Instead, that designation went to a different set of classic rockers in David Bowie and Freddie Mercury. The tandem felt little pressure when it came to claiming exactly 500 votes (32 percent). That’s 142 more votes than the next closest duo in Biggie Smalls and Tupac.

Pac and Biggie (342 votes) waged a close battle for second place with Daft Punk (253) before pulling away towards the end. Apparently, a glow-in-the-dark variant wasn’t enough for the French musicians to get lucky.

It dropped off from there as the White Stripes and Salt-N-Pepa, as well as Simon and Garfunkel, Sonny and Cher, and Tegan and Sara each failed to garner more than four percent of the votes.

What do you think? Did the voters get it correct? Who — aside from Hall and Oates — should have been added to this list?

Don’t forget to vote on the new PPG Poll. This week we’re examining some of the best exclusives from the 2018 Funko Fundays at the San Diego Comic-Con.