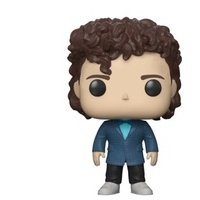 Can’t make it to Southern California for the 2018 San Diego Comic-Con? Does that make you angrier than Red Hood at Batman for not killing the Joker?

GameStop has you covered with its collection of SDCC shared exclusives – including a Pop! Heroes: DC – Red Hood.

Funko’s Pop! Games genre receives a boost with the addition of a Destiny Sweeper Bot, as well as a 76 Grillmaster from Overwatch.

Rick and Morty take on Western form, while Dustin from Stranger Things remains dateless to the Snow Ball Dance. Don’t worry, it’ll work out for him.

GameStop concludes its nine-figure SDCC shared exclusives with a Rock Candy Version of Alana from Saga.

Just because you couldn’t make it to San Diego doesn’t mean you don’t have to act quickly. Order yours here or click on any of the above links.

2 thoughts on “GameStop Gets In SDCC Shared Exclusives Game”