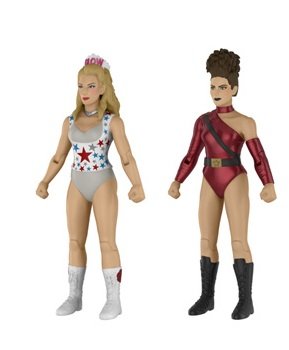 Funko jumps off the turnbuckles once again, this time with its new line of GLOW action figures.

Debbie “Liberty Belle” Egan and Ruth “Zoya the Destroya” Wilder team up for a spandex-laden 2-pack dedicated to the hit Netflix series.

The ladies of GLOW articulated action figures don’t climb into the ring until September, but you can preorder yours today.