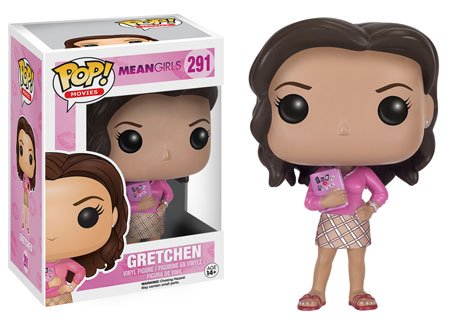 Funko is bringing the fright this summer with a terrifying new collection of Dorbz, Pop! Key Chains and Pop! Horror figures.

You get the Beetlejuice (Guide Hat), the fourth Pop! Horror incarnation of the notorious bio-exorcist.

You can utter his name all you want, but Pop! Beetlejuice (Guide Hat) isn’t arriving before July. But you can preorder yours today.

If any form of Pennywise is going to climb up and out of the sewers, we’re really hoping it’s Funko’s new Dorbz versions of the horrendous villain from Stephen King’s “IT.”

Pennywise (Smile) and Pennywise (Wrought Iron) are just his second and third Dorbz figure – which is far fewer than his nine Pop! figures.

The Dorbz duo is expected out this autumn.

Elvira, the Mistress of the Dark, and Pennywise, the denizen of the sewer, each make their Pocket Pop! Keychain: Horror debut later this year.

Expect Pennywise to start terrorizing keys this fall, while Elvira slips out of the darkness and into your purse or pants pocket in August – including a red-dressed Hot Topic variant.

One thought on “Pop! Horror To Give Us All A Scare This Summer”