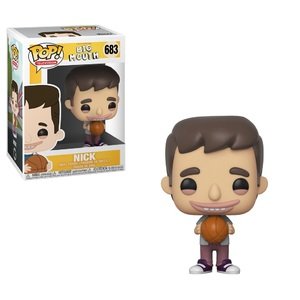 But not by much.

Andrew and Nick, stars of the Netflix original series “Big Mouth,” make their Pop! Television debut with a pair of figures that painfully express the turmoil of entering your middle school years.

The teenage tandem joins the Hormone Monster and Hormone Monstress, who also receive the cuddly SuperCute plush treatment in addition to their Pop! figures.

The life lessons begin in August, but you can preorder yours today.