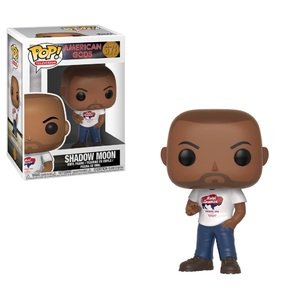 Funko descends into the chaotic world of old deities and new with its latest line of Pop! American Gods figures.

Shadow Moon teams up with Mr. Wednesday again, this time in Pop! form, to take on Mad Sweeney while simultaneously processing the death of this wife Laura Moon.

It’s all part of a five-Pop! set dedicated to the Starz original program that was recently picked up for a second season.

Laura Moon is not only the prize of Shadow Moon’s eye, but her chase variant will be equally sought after in this Pop! Television collection.

Pop! American Gods goes on sale in August. But you can get a jump on yours by preordering today.