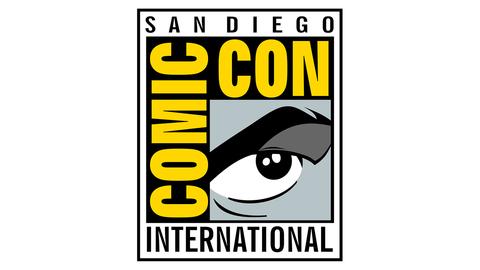 Ever wonder what the most expensive San Diego Comic Con exclusive for each year is? Wonder no more, we have gathered a list of the most valuable items from each year. I did not include any Freddy Funko items in this list. He will have his own list soon.

Funko’s first time to the con, and they only brought one item with them that year. A very stylish El Diablo wacky wobbler in a Purple Suit. Limited to 666 pieces.

Funko’s Spastik Plastik line was the rage in their grocery theme booth in 2004. But instead of octopi on the menu, the most valuable item from the year is a Glow in the Dark version of Juan.

Another Spastik Plastik tops the list in ’05. This time it is Carlos sporting his Comic Con exclusive black Suit. The version with a Visor is the more desirable.

The first non-original creation from Funko and the first of 3 times the Huckleberry Hound appears in our list makes him the King of SDCC. In 2006 it was a Black and White Wacky Wobbler that topped the list.

The Banana Splits mark the only appearance of a multipack on list. These guys are ready to rock in bright neon colors.

Ready to gobbler up the sweet treats, the purple metallic Sleestak Pez wacky wobbler comes out on top in 2008.

Huckleberry Hound wacky wobbler is back. This time it is a metallic dark blue that has the collectors hunting. This year also marks the last time that the Wacky Wobbler reigns supreme.

POP!s were introduced to the world at SDCC this year. The glow in the dark Green Lantern is the most desired of the original set of figures.

The superhero theme continues, this time he is from Pixar’s The Incredibles. Mr. Incredible sported his retro blue super suit this year.

Star Wars makes its only appearance on our list in the shape of a holographic Darth Maul POP! figure.

Dumbo in his circus clown make up marks the high point of list. Currently valued at over $4,000 it is almost enough to make an elephant fly.

Back for his third appearance is Huckleberry Hound. To mark the launch of Hanna-Barbera POP! figures, Funko had a rainbow selection of Huckleberry’s available. The Pink version currently sits atop the list but a few other colors are close behind.

An unmasked Jason Voorhees slashed his way to the top of the pile in a crowded 2015 convention.

The only Dorbz to earn a place on the list is the mega 18 inch tall Captain America. Released to celebrates Cap’s 75th anniversary towers over the regular sized Dorbz in both scale and price.

Starting the whole chroming craze, the Blue Chrome Batman has been replicated many times since but hasn’t yet been passed.

Which of the 2018 exclusives do you think will be added to this list? Want to help us figure it out? PPG is looking for a few more volunteers to join our team and help process sold listings. If you are interested, please reach out to us at Team@poppriceguide.com

5 thoughts on “A look back at SDCC of yesteryears.”