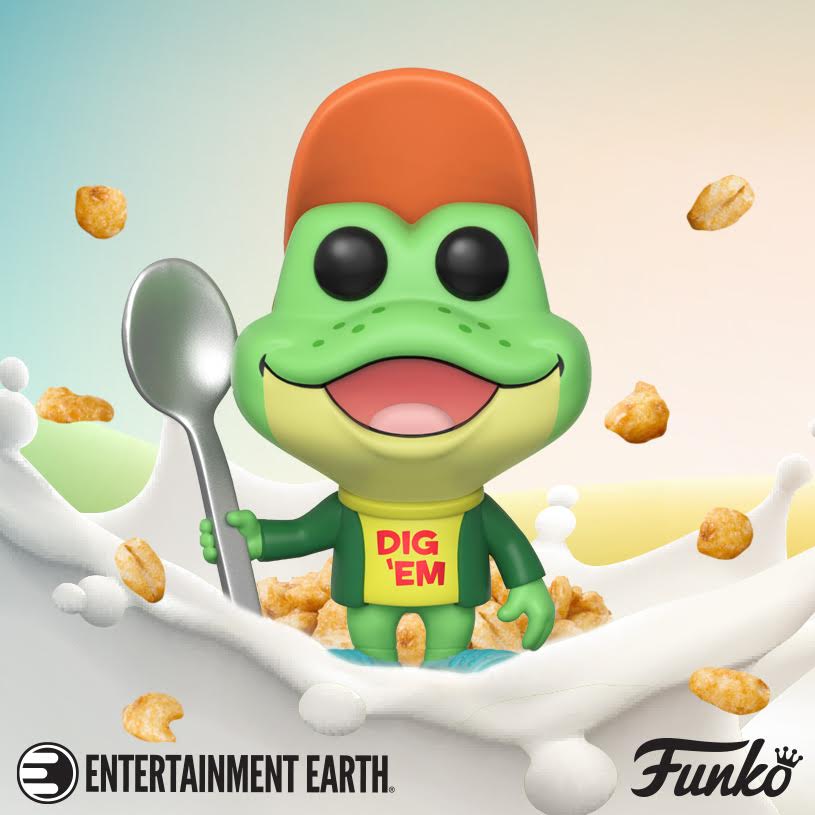 Breakfast’s most famous spokesfrog will make his Pop! debut this summer with the addition of Pop! Dig Em Frog to Funko’s menu of cereal mascots.

Dig Em is the 18th Pop! Ad Icons figure dedicated to a cereal pitchman, joining the ranks of sugar slingers such as Toucan Sam, Yummy Mummy and Lucky the Leprechaun.

It’s the second incarnation of the Honey Smacks pitchfrog, who began his Funko journey as a Wacky Wobbler.

Breakfast won’t be served until later this month, but you can be an early riser and preorder yours today.

2 thoughts on “Pop! Dig Em Frog Is Part Of A Balanced Funko Collection”