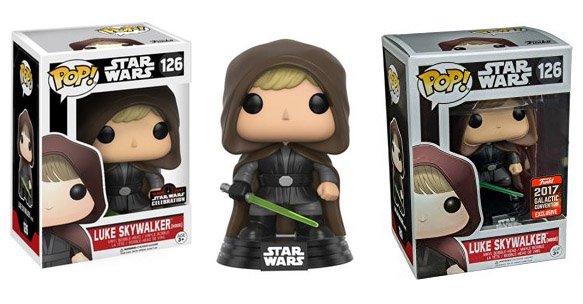 Since the beginning of time (or at least late 2014, when we started the site), there has always been the debate about whether or not PPG should have separate entries in our database for sticker and box variants. For the most part, our opinion has always been a resounding “no”, simply because the values are generally not that different, with very few exceptions anyway. I stand by my opinion that a lot of the so called difference is hype-generated and not true market value. Take the DC Universe/DC Super Heroes boxes, for instance. Sure, someone might pay $80 for a DC Universe Flash, which creates the illusion that it goes for more, but then the next day you might see one sell for $7. Despite all this, changes are coming in the way sticker and box variants are being handled.

We have started by identifying convention releases from 2014 to present that have sticker variations, and are going to do a mass duplication of these items once testing is done. This is primarily to focus on shared exclusives, so you’ll see a lot of new entries from SDCC, ECCC, NYCC, and Star Wars Celebration. The current entries will be transformed into the shared exclusives and relabeled as such. For instance, the 2017 SDCC Red She-Hulk will be renamed from “Red She-Hulk” to “Red She-Hulk [Summer Convention]”, with the Exclusive field reading as “Walgreens (SDCC)”. A new entry will be created for the convention stickered items and will be called “Red She-Hulk [SDCC]”, with the Exclusive field reading “San Diego Comic Con”.

Important note for existing owners: Once the moves have completed, you will need to update your collection if you have the con exclusive and not the shared exclusive. Once all is said and done, we will release a list of all items that have been duplicated.

While we are currently focusing on particular con exclusives, we have other items in mind to duplicate. There are some box variants (DC Universe chases, The Dark Knight Batman, The Last Jedi re-releases), and prereleases (namely Hot Topic and Bait). At this time we are not considering breaking out US vs international releases, such as those that have Underground Toys stickers rather than their US exclusive counterparts.

I wanted to add a few points to the post.

“I don’t see the point, you should collect for the item itself, not the sticker.” People collect in different ways. Some consider the item as a whole, including the sticker, and will pay more for an actual convention sticker over a shared exclusive sticker. While you might not collect this way, others do, and we’re trying accommodate as many collectors as possible. In the end, if you don’t base your collecting on the sticker variations, this change has little to no effect on you.

“The value should be for the Pop, not for the sticker.” Again, that’s not always the case. All you have to do is look at some of the recent SDCC or Star Wars Celebration items to see that the disparity between con releases and shared releases is increasing. You might not pay more for a con sticker, nor would I, but that doesn’t mean people aren’t doing it.  In fact this might make the version with the less desirable sticker cheaper!

“This will cause people to make fake stickers.” People already make fake stickers, so this is nothing new. It just means we’ll have to take extra caution when processing these sales, if it proves to be more than just a perceived problem. Additional attention to these helps us keep the data accurate, and helps clear up any ambiguity in our marketplace, where we have issues with sellers listing shared sticker items as con sticker items. This has caused a great deal of contention and disappointment with buyers who have received an item that didn’t include the sticker they were expected.

We will also look at how to spot fake stickers and a way to group items which only difference is the sticker so they can be seen together.

Based on the feedback we’ve received, our plan is to take this slowly at first. We’re going to try 20 items at first, analyze, and then move forward.