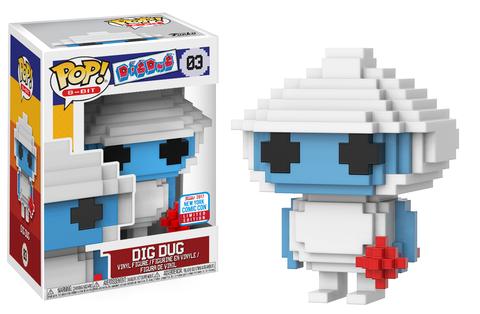 The fifth wave of Funko NYCC exclusives has been announced. Sticking with themed waves, wave five will include various Video Game releases, heavy with new additions to the Pop 8-Bit series. The series of blocky, 8-bit styled figures will include Dig Dug from the classic arcade game, and Shredder and five versions of the Foot Soldier from the TMNT arcade game. With the exception of the orange version, the Foot Soldiers will all be limited to 500 pieces. In addition to the 8-bit Pops, look for LolBit, the talking head from Five Nights at Freddy’s: Sister Location.